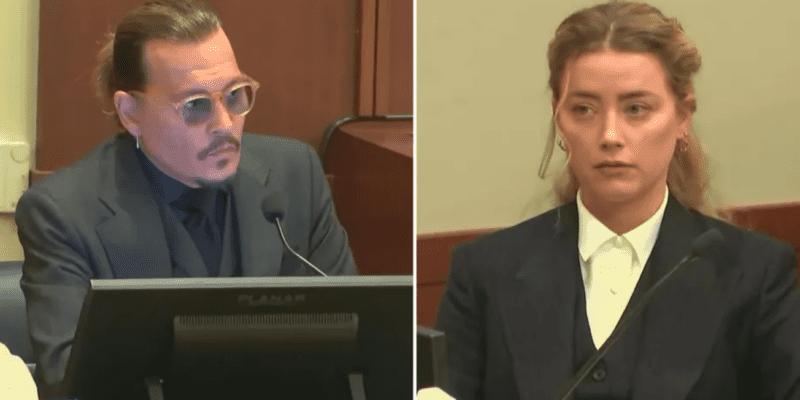 Johnny Depp, 58, recently sued his ex-wife, Amber Heard, 35, for defamation after she wrote an op-ed for The Washington Post, where she referred to herself as a “public figure representing domestic abuse.”

Related: Juror Speaks Out, Everything Amber Heard Said During Trial “Came Off Like Bullsh*t”

Now that the trial has ended, Depp is focusing on his career, which includes releasing new music with Jeff Beck, whom he has been on tour with since the defamation trial ended.

Amber Heard is still focusing on the trial and verdict, even going as far as filing an appeal to overturn the verdict.

And now, court documents reveal that Amber Heard‘s legal team claimed that Johnny Depp has erectile dysfunction, which may have factored into his reported bottle rape of his ex-wife.

Fox News Digital reported that court documents, which have just been unsealed, claim that “Heard’s team raised the impotence allegation in a March 28 motion detailing often embarrassing evidence they wanted to present at the live-streamed defamation trial in Virginia that began the following month.”

Per the court documents, “Though Mr. Depp would rather not disclose his erectile dysfunction condition, such condition absolutely is relevant to sexual violence, including Mr. Depp’s anger and use of a bottle to rape Amber Heard,” wrote Elaine Bredehoft, Heard’s lead attorney.

During the trial, Amber Heard testified at trial that in 2015, Depp had penetrated her with a Maker’s Mark bottle in a drug-fueled rage in Australia, where he was on location filming the fifth Pirates of the Caribbean movie.

“Mr Depp’s erectile dysfunction makes it more probable that Mr. Depp would be angry or agitated in encounters with Amber Heard, and that he would resort to a bottle,” Bredehoft wrote in the motion.

Heard did not seek medical treatment after the alleged assault.

Did you watch the Depp vs. Heard trial? Let us know in the comments below.