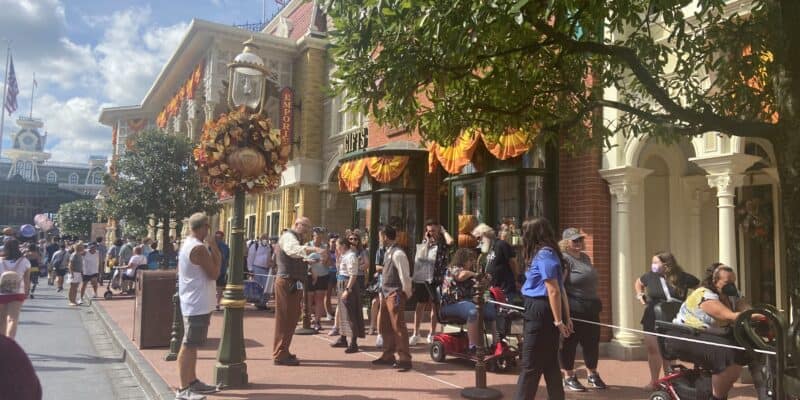 The Walt Disney World Resort’s 50th anniversary celebration is still in full swing, and with new experiences debuting in its fifth decade, including a complete redecoration of Cinderella Castle, as well as the return of some beloved events, there has never been a better time to take advantage of the many offerings Disney World theme parks have to offer.

For Annual Passholders, another perk will go live this fall as the 20% merchandise discount is set to increase for one month only.

Nestled in Central Florida, Disney World attracts millions of visitors to Orlando every year. With operations slowly returning to normal after the widespread pandemic closures, the Disney Parks are experiencing huge crowds and sold-out Park Passes as more and more Guests return to the magic for their own Disney experience.

And while The Walt Disney Company aims to celebrate each and every Guest in equal measure, those who own a Disney World Annual Pass often find themselves with exclusive perks, offers, and discounts throughout the year, and 2022 is no different. Just recently, the popular Mickey & Minnie 50th anniversary magnet, which caused four-hour long queues at Disney Springs, is returning to the Disney Park — except this time there will be no virtual queue, and the pickup location has moved to the Creations in EPCOT Park.

In a new announcement, Walt Disney World Annual Passholders will now be able to spend even more on Disney merchandise while visiting any Disney property, across any of the theme parks — Magic Kingdom, EPCOT, Disney’s Hollywood Studios, and Disney’s Animal Kingdom, as well as Disney Resort hotels.

The Walt Disney World AP merchandise discount will temporarily increase from 20% to 30% from September 14 through October 14 at owned and operated locations across WDW.

The Walt Disney World AP merchandise discount will temporarily increase from 20% to 30% from September 14 through October 14 at owned and operated locations across WDW. pic.twitter.com/Qhh65aFmtC

While this could be an incentive to get more people inducted into the Annual Passholder program, the sales of the Passes are currently suspended. The Incredi-Pass, Sorcerer Pass, and Pirate Pass are all unavailable (Pixie Dust Pass is available for Florida residents only) but the recent update out of Disneyland Resort and their refreshed Magic Key program may signal a dose of news soon, potentially even at the D23 Expo 2022 in Anaheim this September.

The Magic Key update for Guests of Disneyland Resort came amid discontent of Disney officials stating the Parks had an “unfavorable mix” in the most recent quarter.

Will you be taking advantage of this Annual Passholder offer? Let us know in the comments down below!