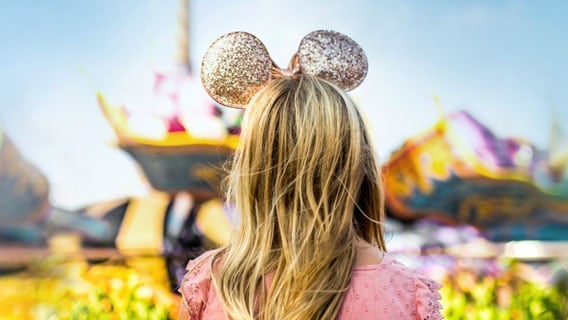 After spending 12 days at The Most Magical Place On Earth, one Guest’s vacation ended in a “nightmare”, leaving her out of thousands of pounds worth of Disney merchandise and multiple expensive personal items.

Over the last year, there have been many reports of Guests having a negative experience at the Walt Disney World Resort in Orlando, Central Florida. The sudden influx of changes across all Disney Parks has left, for some, a sour taste in their mouths. From the abolishing of free FastPasses at Walt Disney World in favor of Disney Genie+ and Lightning Lane, the often confusing Park Pass and Park Hopper system, and the increasing befuddlement over things like the Magic Key initiative at Disneyland Resort, The Walt Disney Company’s domestic Parks are going through a rocky transition, at least operationally.

That being said, Guests are still flocking to the Resorts with Disney Parks revenue continuing to increase quarter on quarter and Guest spending up across the board, this, of course, can be attributed to the debut of the paid-for attraction queue-jumping tool Disney Genie+, the steady inflation of merchandise and food prices, and the overall cost of a Disney vacation, at Disney World especially.

However, it’s not always the running of the Parks that leaves a Guest questioning their vacation enjoyment. For one Disney World Guest, who recently visited the Disney Resort for 12 days, it would be the end of their trip that would ruin the magic and tar their Disney experience. No, for 20-year-old Leah Middleton, her vacation would end in the nightmare of British Airways — an airline that frequents Orlando with thousands of Guests each year — losing £3,000 (approx. $3,600) worth of Disney merchandise and expensive personal items.

Speaking to Chronicle Live, Middleton explained the ordeal. The Disney Princess performer, who often attends children’s parties as Beauty and the Beast (1991) favorite, Belle, explained that the airline lost both her and her boyfriend’s cases with Middleton’s containing six Disney backpacks averaging £70 each (approx. $85), prescription sunglasses, and a costly retainer.

“My boyfriend got his case back a few days later and he was updated through the whole process but I have not been updated since I left Heathrow Airport,”

“I was ringing baggage reclaim every day for the first few weeks and was given a reference code to log in for updates and there were updates on Tommy’s case but not mine. I rang every day and every single person told me something different.”

“They don’t seem to understand it is people’s lives they are messing with. Imagine if I was a bride and my wedding dress was in there or if I had a baby and all the baby things were in there?”

“I can understand BA are really busy but people seem to be reading off a script and are not bothered about helping you,” she said. “The customer service has been really bad. It is so frustrating. For the first two weeks, I called them every day. I have spent hours on the phone. It has all been a bit of a nightmare.”

British Airways, a company that has been in the press frequently at present due to their cancellation of hundreds of flights across the summer months, responded to Middleton’s plea. The airline said:

“We’re doing everything we can to reunite our customer with their baggage as soon as possible. We apologise for the delay and inconvenience caused.”

The updates to the Disney Park portfolio and the airline issues that have seen many Guests miss out on their Disney trip are not the only things affecting vacations. For United Kingdom Guests especially, the influx of people wanting to travel has seen wait times extend into the months for passports and passport renewals, leaving many fighting the clock before their upcoming Disney Park vacations.

After the magic of Cinderella Castle, of Main Street, U.S.A., and the Disney Enchantment fireworks, of strolling the newly reformed Future World and riding classic attractions such as Space Mountain, how would you feel if your vacation ended this way?