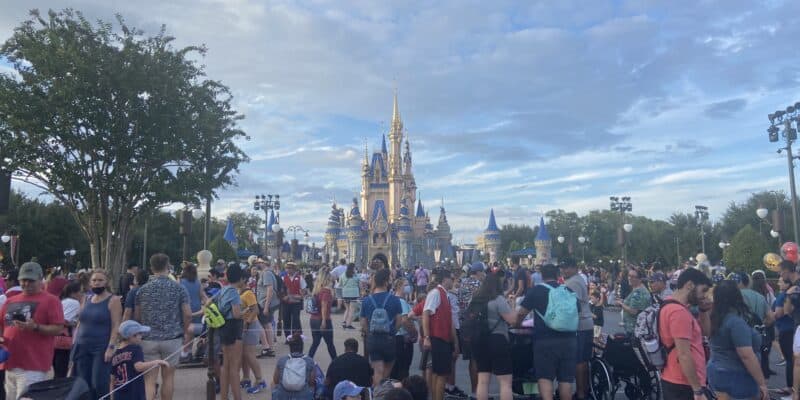 One Guest is in damage control mode right now, after booking a full Disney vacation, but not having Disney Park Pass reservations.

Recently, we reported on multiple Guests facing issues regarding the Disney Park Pass reservation system. One of the newer additions to the Walt Disney World Resort, after Magic Kingdom, EPCOT, Disney’s Animal Kingdom, and Disney’s Hollywood Studios reopened have been that Disney Park Passes are now needed to enter a Park. Gone are the days of purchasing a Disney Park ticket and strolling into the Park of your choice, now, reservations must be made on your My Disney Experience.

Although the Disney World website will prompt Guests to make their Disney Park Pass reservations when staying at Walt Disney World, it will not force you to do so, and it seems that some Guests are realizing what they must do too late, after the Park Passes they desire are gone.

It seems that even for Guests who understand how to use the system, however, that availability is posing to be a major issue among Guests. One Guest has taken to Reddit to note that they did not know about the Park Passes, and now are unsure what to do. The Reddit post has garnered over 433 comments.

I messed up. I am trying my hardest to do damage control.

My wife, 2 kids and both my parents planned a Walt Disney World Trip about 2 months ago.

I left someone else in charge of tickets and picking the park reservations. Now we are a couple days out (We check in the 20th) and the whole week is basically booked. I feel so disappointed in myself and I’m heartbroken for my kids.

There has to be something I can do. Please any suggestions would be a greatly appreciated. Thanks!

One Disney fan noted, “Keep looking EVERY DAY—availability changes in real-time. We got reservations during Christmas week that way. Set aside some time, get to the calendar, then refresh, refresh, refresh!” Another responded, “Don’t even refresh the calendar, just keep refreshing the “make a reservation” process. Once I got lucky and must have grabbed a cancelation just after it happened b/c the calendar still said full.”

Another Guest suggested Park Hopping if they can get a Park Pass for any Park, “You can book any open park and buy the park hopper to switch after 2:00.” It should be noted that to do this, a Park Pass reservation is still needed, but perhaps the Guest can book a pass for a Park they didn’t plan to go to, but then Park Hop to where they want to go, and they must also purchase a Park Hopper ticket.

Someone else commented, “I was in Disney World during Memorial Day weekend for a DVC resort only stay. All the parks were completely booked ahead of time. While I was there, I checked the park reservations each day just to see if availability opened up. Each day at least one park had reservations become available. So there’s always hope! Then hop after 2:00.”

If you are booking a vacation and would like to avoid the stress and hassle of making Disney Park Pass reservations and dining reservations, you can easily do so by booking with a travel agent. Click here to get started today.

It seems that availability for Disney Park Passes is overall a tough thing to come by as of late, with Cast Members also being blocked out of the Parks for the majority of the month.

Have you found it difficult to book a Disney Park Pass reservation as of late? What about a dining reservation?