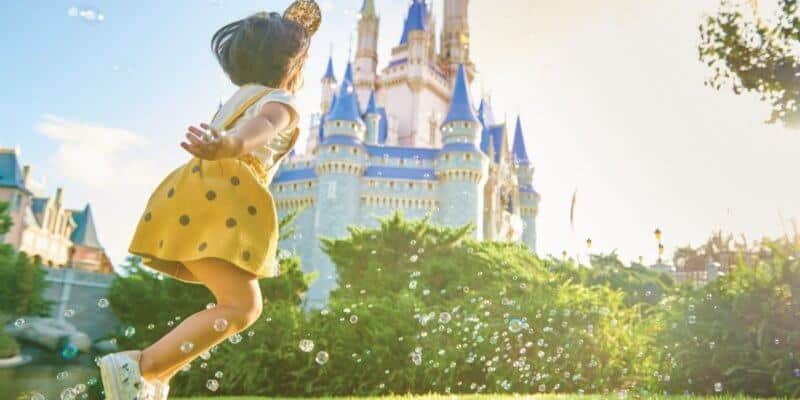 One of the newer additions to the Walt Disney World Resort, after Magic Kingdom, EPCOT, Disney’s Animal Kingdom, and Disney’s Hollywood Studios reopened has been that Disney Park Passes are now needed to enter a Park. Gone are the days of purchasing a Disney Park ticket and strolling into the Park of your choice, now, reservations must be made on your My Disney Experience.

The issue with any new system that comes in place, like Disney Genie+ and the new Lightning Lane option, is that there is a learning curve that new come Guests will not be aware of. Recently, we reported that an elderly couple was seen being turned away from Disney World because they bought tickets without making a reservation. Now, another family has undergone the same issue during their very first Disney World vacation.

One family took to Reddit to give a trip report of their latest Disney World vacation, the family noted that they were sadly not aware of the Disney Parks Reservations and ended up losing multiple Park days due to Park Passes being gone. They did bring up an interesting point that after 2:00 p.m., Park Hopping was allowed, and if Guests were being let into Parks which were clearly not at capacity, why could they not open more Park Pass Reservations to other Guests?

My family and I didnt get into Disney. We came here for the first time on March break and bought tickets but when we went to the gate we weren’t allowed in. We didn’t know about needing to make a reservation because this was our first time. All of them were booked up for a bunch of the days of our stay. Our kids were so depressed. I heard later people were park hopping into different parks later in the day, if they had room for them, why not let in paying guests like my family. Felt really tragic for the kids.

Tickets for a family with multiple kids can easily cost over $500.00 per day, and if this lasted for multiple days, that means this family may have been out thousands, depending on how Disney was able to offer a potential refund for the tickets.

In our previous article, Raychell posed a solution in the comments section that Disneyland Resort already does. Our reader said, “Seems a simple solution would be for the system to automatically make the required reservation at the time of ticket purchase. It’s a Disney issue, not the consumer.” At Disneyland, when you purchase a ticket, you purchase it for the day you want to go to the Park, and then, choose which Park it is for. This eliminates any possibility of being rejected at the gate. Although Walt Disney World’s ticket system offers more flexibility on when you will use your ticket, it also does not guarantee entry on your desired date which, as we have seen, can result in an unexpected turn of events.

Many of our readers were siding with Raychell, and noted that if this is not the way that reservations are made, they should be gone altogether. I personally have shown up at Disney World without having hit the “confirm” button on my Disney Park Reservation for the day, but luckily, there were still reservations open so a Cast Member made it for me when I scanned in, but as the summer months approach, we are likely to see Park Passes become harder to obtain.

At Disney World, Park Passes can be made as far as 2024, so it seems that the system will be in place for quite some time.

What do you think of Disney’s Park Pass system? Do you like it?