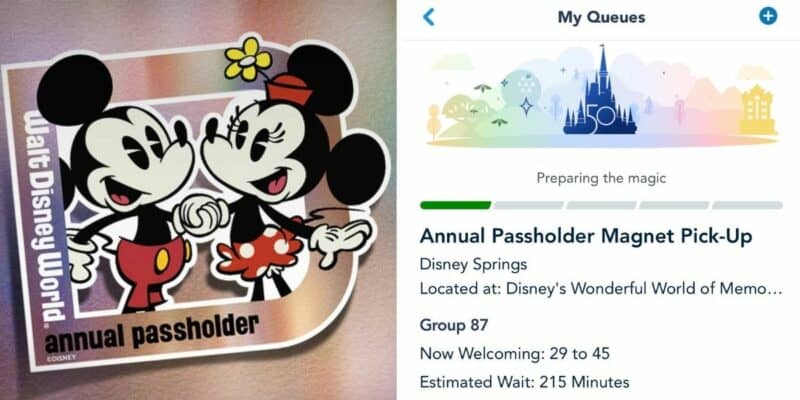 Walt Disney World Annual Passholders are one of the most dedicated groups of people.

If you are not aware, Walt Disney World offers Annual Passes to Guests, which allows them to enter Magic Kingdom, EPCOT, Disney’s Animal Kingdom, and Disney’s Hollywood Studios with an applicable Disney Park Pass reservation, as well as Disney’s Blizzard Beach and Disney’s Typhoon Lagoon depending on what type of Annual Pass you have.

If you were not aware, Disney World Annual Passholder costs went up as new tiers were put in place recently. When Disney World began selling Annual Passes last September, they also changed their system and put their Annual Passes into tiers. The new passes are categorized into four different tiers:

Each pass offers a difference in price point, block out dates, offerings, and Park Pass Reservations. Disney once again put a pause on most Annual Pass sales in November, with only the Pixie Dust Pass being available for Guests.

As we have previously reported, this is what the Annual Pass system will include for each tier at Disney World:

The demand for this new Annual Passholder magnet, which can be seen in the image above, is clearly extremely high as not only did Disney World have to put in a Virtual Queue system for Guests wishing to receive one, but the wait was nearly four hours long!

Passholders are able to sign-up for a Virtual Queue window on the My Disney Experience app to grab one of these new Annual Passholder magnets, which are currently available at Disney’s Wonderful World of Memories at Disney Springs.

nearly four hours for a magnet.

It is clear that these Annual Passholder magnets are high in demand and fans love displaying them on their cars and refrigerators, showing their dedication to the Disney World Parks.

Have you received one of the new Disney World Annual Passholder magnets yet? Let us know in the comments below.