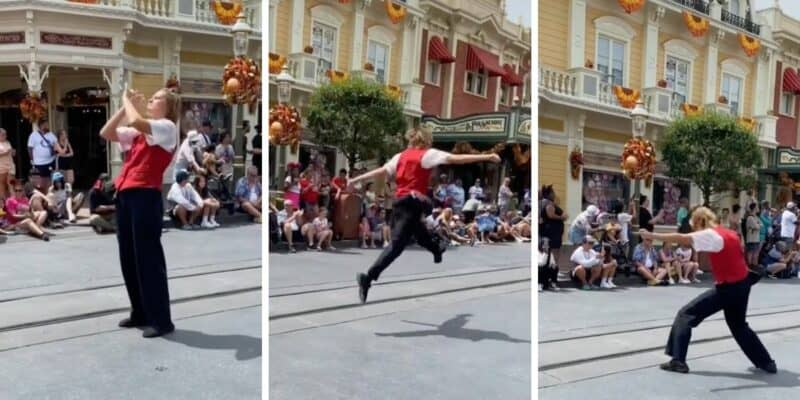 Guests at Magic Kingdom recently will surely remember one Disney Cast Member for the rest of their lives thanks to her excellent entertainment skills and passion for the Parks.

While waiting for the Festival of Fantasy, which many refer to as the 3 o’clock parade, Guests were entertained by one Cast Member who went above and beyond to make an impact.

In a video posted to TikTok, we can see a Disney Cast Member galloping, dancing, and getting the crowd hyped for Festival of Fantasy:

The video has gained nearly 1,000 likes and several comments, all saying she deserves a Cast Compliment! The TikToker who posted the video assured viewers they went to Guest Services and recognized her for her love and passion of the Parks.

We want to say thank you to this Cast Member for going above and beyond and making magic for Disney Guests. You are the true magic!

Guests can also ride attractions such as Pirates of the Caribbean, “it’s a small world”, Splash Mountain, Haunted Mansion, Space Mountain, Carousel of Progress, and more. Or hop over to EPCOT, Hollywood Studios, or Disney’s Animal Kingdom for even more Walt Disney World fun!

Do you know a Cast Member who impacted your Walt Disney World or Disneyland vacation? Let us know in the comments below.