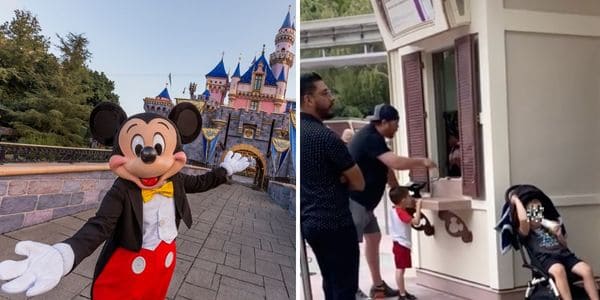 No one can deny that the Disney Parks has changed in numerous ways over the course of the COVID-19 pandemic, with one of the biggest changes being the introduction of the Park reservation system.

While the Disney Parks are definitely crowded, they are still operating under a reduced capacity. Guests must still collect and obtain a Disney Park Pass to enter a theme park, and as we noted, those do not seem to be going anywhere soon as you can currently make Park Passes through to 2024.

Earlier this year, Disney CFO Christine McCarthy participated in a Q&A session at the Morgan Stanley’s 2022 Technology, Media & Telecom Conference. Aside from stating that character meet and greets would be returning soon, which they did, she also stated that Park’s capacity would never return to normal. Never is a strong word, but as of now, Disney shows no sign of dropping this controversial policy.

Guests have been very vocal about how annoying this policy can be and how it can potentially ruin a trip you had planned months prior. A video that went viral after being shared on TikTok encapsulates this issue, showing a Guest incredibly frustrated by this system.

In the video, a Guest is seen with what is presumably their child at one of the ticket booths at the entrance of the Park. Apparently, the Guest had made reservations for the rest of their party, but their child did not have one.

This caused the Guest to become incredibly frustrated and angry, and unfortunately, he took it out on the Cast Member working there. The full video can be seen below:

As you can see and hear, the Guest yells at the Cast Member multiple times as dozens of Guests watch. We aren’t sure if the issue was resolved as the video ends after around a minute of arguing, and there was no second part posted. Disney tends to be very accommodating for certain situations, but the reservation policy is quite strict.

Another issue that has thrown a wrench into the Disneyland Park experience was the Magic Key debacle. Since Disneyland’s Magic Key Program replaced the Park’s Annual Passholder Program last year, it has been a highly discussed topic. From different price points to availability and even alleged false advertisement, as stated in a now-infamous lawsuit, Magic Key passes have been a controversial part of the Disneyland experience as of late, to say the least.

We can’t really blame the Guest for feeling frustrated by the policy, as it has continued to confuse Guests ever since it was first implemented. But, we can’t condone the way the Guest spoke to this Cast Member or how he took his anger out publicly. Disney Cast Members are there to help and always try to do their very best to make sure Guests have a magical day.

It’s important to remember that this policy was not put in place by Cast Members, and they do not have any way to work around the reservation system.