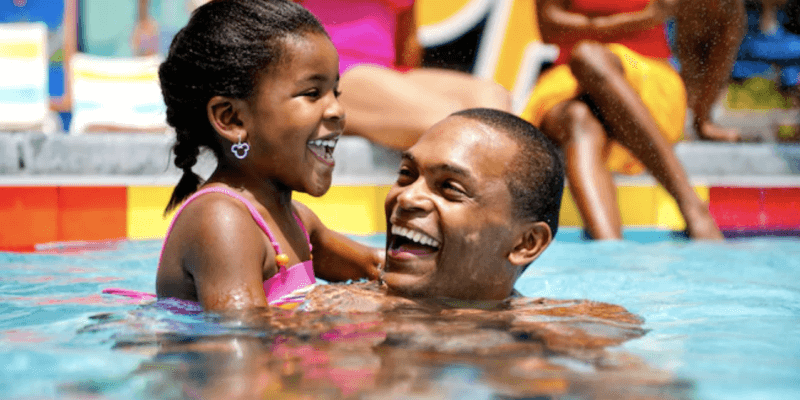 There are so many great places to stay when visiting The Walt Disney World Resort in Orlando, Florida, but few are as POPular as Disney’s Pop Century Resort. Although Pop Century is a value resort, staying here can be just as magical as staying somewhere like Disney’s Grand Floridian, except for when creepy crawlies make their way into your room.

As stated above, Disney’s Pop Century Resort is a Value Resort Hotel and features Disney Skyliner transportation to EPCOT and Disney’s Hollywood Studios. Guests can also use the bus service to get to Magic Kingdom and Disney’s Animal Kingdom.

Other amenities include a food court, gift shop, arcade, and three pools – the Hippy Dippy Pool, Bowling Pool, and Computer Pool. As the name suggests, the Resort celebrates the magic of each decade from the 1950s to the 1990s.

However, one thing that it should NOT include are scorpions running around your room, and unfortunately, this is exactly what happened to a few unlucky Guests recently.

You can check out the full post linked down below, but to summarize, a very unwelcomed Guest made its way into a room:

Scorpion in our room at Pop Century

Scorpion in our room at Pop Century from WaltDisneyWorld

As you can see, a scorpion somehow made its way into the Guest’s room at Disney’s Pop Century and by the looks of it, it was a pretyy big one. Luckily, the Guests were able to capture it. Down in the comment section, the Guest replied with a very unique update:

Update- we received a call from the manager and they hooked us up with passes for Cosmic, FOP, and ROTR as well as credit on the room. My kid has finally calmed down so I’m most grateful for that! This has been an entire experience to say the least!

This is quite a peculiar case. In the past, we have witnessed Guests encountering rats, cockroaches, and other uninvited wildlife but never a scorpion. We were surprised to learn what the Guests were offered by management.

Usually, these passes are limited to Guests who were forced to evacuate or experience prolonged downtime for an attraction, but it’s great to know that if you ever find a scorpion or other insect inside your room, you may wind up with a few extra “fast passes.”

Disney’s Pop Century Resort is truly one of a kind with its bold colors and groovy theming, celebrating some of the most popular trends between the 50s and 90s. Staying at this resort is a blast from the past in the best way — immersing you in the magic of the decades with the help of some radical Cast Members! It’s located in the Wide World of Sports Resort Area, which means you’re just a quick hop away from Disney’s own sports complex if that’s something you’d be interested in visiting.

Disney speaks on the resort saying:

“Experience the unforgettable fads of the 1950s through the 1990s all over again. From yo-yos and Play-Doh® to Rubik’s Cube® and rollerblades, this Resort hotel salutes the timeless fashions, catch phrases, toys and dances that captivated the world through the decades.

Have you ever found a bug or other creature inside your Disney Resort room?