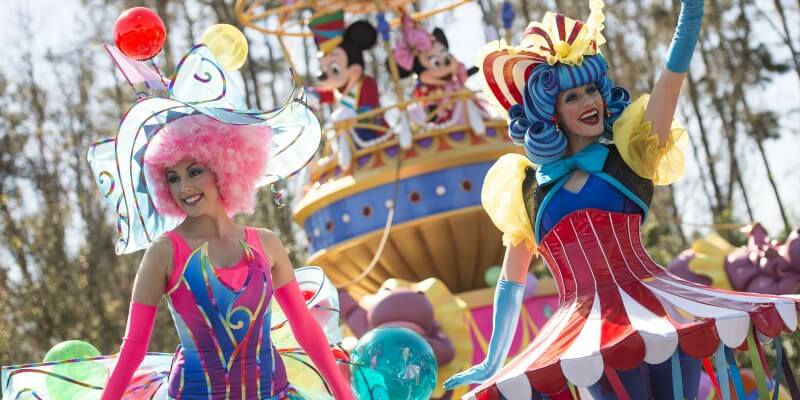 When Walt Disney World reopened its theme parks to the public after the temporary closure last year, it also brought several changes. One of those changes was replacing parades with pop-up cavalcades to help alleviate crowds.

However, as we move forward amidst the ongoing pandemic, Disney World has announced that the fan-favorite parade, Festival of Fantasy, will soon return to Magic Kingdom. And that day has finally arrived!

Prior to the ongoing pandemic, Festival of Fantasy showed once per day, normally at 3:00 p.m., which is why many referred to it as the 3 o’clock parade. But once the Parks had to temporarily shut down due to the COVID-19 pandemic, Magic Kingdoms stopped showing Festival of Fantasy to help alleviate crowds.

Today, however, that changes as Festival of Fantasy will officially return to Magic Kingdom, with not one, but two showtimes!

According to the Walt Disney World website, Festival of Fantasy will show at 11:30 a.m. and 2:30 p.m. in parts of Frontierland, Liberty Square, and down Main Street, U.S.A. It seems these show times will be the new regular show times for Festival of Fantasy through March 12. Beginning on March 13, showtimes will be 12:00 p.m. and 3:00 p.m., but as always, be sure to check the My Disney Experience app for the most up-to-date information.

Are you excited to see Festival of Fantasy return to Magic Kingdom? Let us know in the comments below.

Comments Off on Fan-Favorite Offering Returns to Disney World TODAY