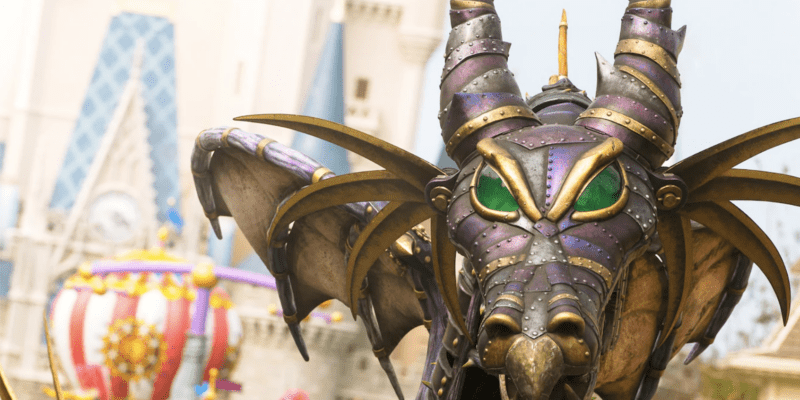 When the Disney World Parks closed for the pandemic, we did not know the fate of entertainment. For most shows and performers, it has been a slower road to recovery, with parades taking the back seat. For well over a year, Guests have enjoyed cavalcades throughout the Disney World Parks, and now as character meet and greets are returning (now, character sightings), it seemed like it was time to see parades as well as castle performances, return to Magic Kingdom.

Thankfully, Destination D23 came bearing AMAZING news! Both Festival of Fantasy and Mickey’s Royal Friendship Faire are returning to the Most Magical Place on Earth as we continue to celebrate the 50th anniversary! We know that Mickey’s Royal Friendship Faire will have a unique 50th anniversary addition added to it, as noted by Josh D’Amaro, Chairman of Disney Parks, Experiences, and Products. Disney CEO Bob Chapek was unable to attend the event.

We do not know precisely when the offerings return, but it seems that it will happen at some point in 2022, which is fantastic news! This follows fireworks returning to Disney World, as Guests can now enjoy Disney Enchantment at Magic Kingdom, as well as Harmonious at EPCOT. We also found out that Fantasmic! would be returning to Disney’s Hollywood Studios!

A Faire to Remember
It takes a whole enchanted kingdom to put on this show—and you’re cordially invited. Look for Tiana and friends from The Princess and the Frog and Rapunzel and Flynn from Tangled. Mickey even recruits Olaf, Anna and Elsa from Frozen to join in!

Are you excited to see parades and shows return to Magic Kingdom?