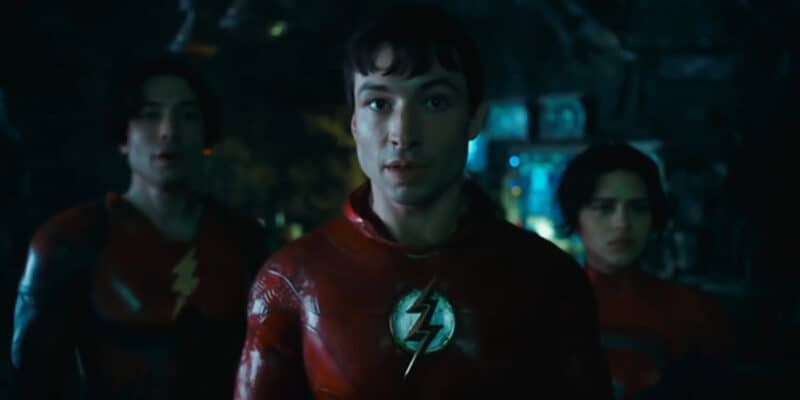 After months of accusations and constant drama, The Flash (2023) actor Ezra Miller has been charged with a Felony in Vermont.

A few months ago, Miller was also issued a restraining order after hiding with Tokata Iron Eyes, and authorities could not locate the actor. The main problem was that the actor could be found, but Ezra Miller would move somewhere else, leaving the authorities unable to issue the restraining order.

Surprisingly enough, the actor wasn’t charged for anything related to the accusations against the actor but instead was charged for breaking into a house and stealing some alcohol back in May. Variety shares that the police in Vermont issued a report detailing that the actor stole alcohol from a stranger’s house and is being charged with felony burglary.

Variety shares that Miller was found yesterday night and given the charges:

Police located Miller on Aug. 7 at 11:23 p.m. and issued them a citation to appear in Vermont Superior Court on Sept. 26 for arraignment.

Miller has faced a whirlwind of scandals in the past year after being arrested in Hawaii for assaulting a woman with a chair, accused of grooming and brainwashing Tokata, and accused by several parents of being aggressive and manipulative. They have also been accused of being like a cult leader.

Despite the recent cancellations, Warner Bros. Discovery CEO David Zaslav made it clear that The Flash won’t be canceled due to the star’s recent actions. Zaslav has high faith that the movie will be a tremendous success.

This doesn’t mean that Miller will be returning to the DC Universe or to work with Warner Brothers again, as the company has made it clear that the actor won’t be working for them again. Someone will have to replace Miller’s Flash, but DC and Warner Bros. haven’t discussed who will be the new Flash for the DCEU.

For the moment, Miller hasn’t been arrested, and it will be interesting to see if the actor will show up to their arraignment on September 26. Seeing the Vermont Supreme Court isn’t something Miller will want to miss as it will have large consequences for the actor.

While the court trial won’t have as much publicity as Johnny Depp’s trial with Amber Heard, fans will still be curious to learn what will happen to Miller as the actor has done many crazy things in the past year. Family and friends of Miller continue to state that the actor desperately needs help, but we shall see what Miller decides to do in the next few weeks.

Do you think Ezra Miller will go back into hiding? Let us know what you think!