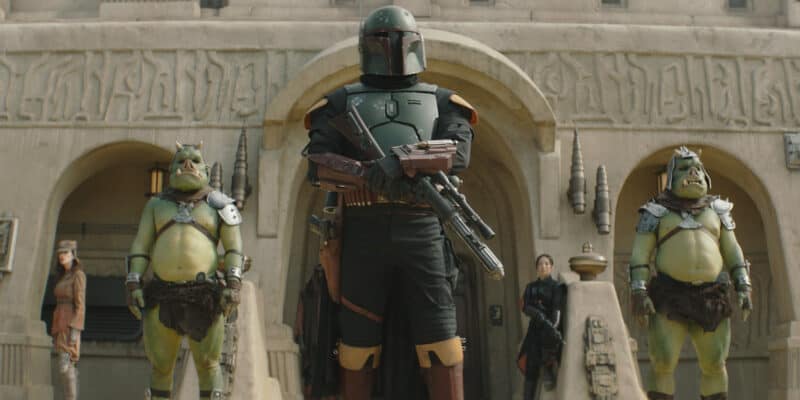 Disney+ accidentally let one of their promotion posters get leaked on the internet letting fans know that Temuera Morrison’s The Book of Boba Fett will get a second season.

Some fans in Spain spotted a brand new poster showing off new updates about Star Wars and one of the sections share that The Book of Boba Fett Season 2 is in the works. One fan shared the news online:

The ending of The Book of Boba Fett Season 1 left the door wide open for a second season with Temuera Morrison and fans definitely want to see more of the iconic Bounty Hunter. While the first season was filled with controversial moments, fans hope that Boba Fett will go back to his iconic self as the ruthless Bounty Hunter anyone fears.

Even as the Daimyo of Tatooine, Boba can easily be in charge and still have that ruthless charm as other syndicates try to challenge Fett for Tatooine. A lot of things could happen in the second season such as Samuel L. Jackson returning to play Mace Windu.

Morrison has made it clear that he wants Fett to get his revenge on the Jedi who killed his father and it would be a cool story to explore. Fans would be shocked to see Mace alive and living that long, but Star Wars has done a lot more bizarre things than letting a Jedi live that long.

This promotional poster was likely meant to be shown at D23 when the announcement and confirmation for the series will happen. Fans will have to wait until September or sooner to hear more about Boba’s return.

Do you plan to watch The Book of Boba Fett Season 2? Let us know what you think!