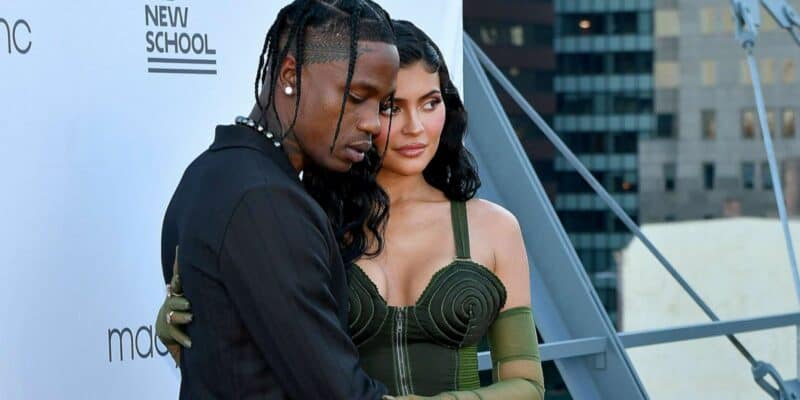 The youngest of the Kardashian-Jenner brood, Kylie Jenner, 25, gave birth to her second child, a son, with on-again/off-again flame, Travis Scott in February 2022.

Despite being parents to both their little boy — previously named Wolf before the couple changed his moniker — and Stormi, 4, fans are still waiting for the famous duo to tie the knot.

Now that big sis Kourtney Kardashian has found her happily ever after with Blink-182 drummer Travis Barker, all eyes are on Kylie — and some fans are convinced that the littlest Kar-Jenner sister’s big day might be just around the corner.

A luxury Scully & Scully wedding registry that originally belonged to “Cactus Jack” — the name of Scott’s record label — and “Mother Goose” — a well-known nickname given to Kylie by Stormi — with a wedding date of December 10, 2022.

The registry is still live, though the names of the couple have been changed to “Kimmy Jones” and “Tre Swift” — “Kimmy,” of course, could be a reference to Kylie’s older sister, Kim Kardashian, but the owners of the registry have yet to be revealed.

What is certain, though, is that the list contains some wildly high-end items. From a $36,000 Daum Crystal Jardin du Cactus sculpture to a $31,000 Georg Jensen Sterling Silver Pitcher to a $500,000 Baccarat Zenith Charleston Chandelier, the lengthy registry is full of luxurious gift ideas.

Although many Kardashian fans were hoping this registry legitimately belonged to Kylie and Travis — who have sparked engagement rumors numerous times, most recently earlier this month — numerous reports indicate that they are not actually planning to tie the knot anytime soon.

Fans can currently catch Kylie and her family on their new Hulu reality series, The Kardashians.

More on The Kardashians

Do you think Kylie and Travis will get married soon?