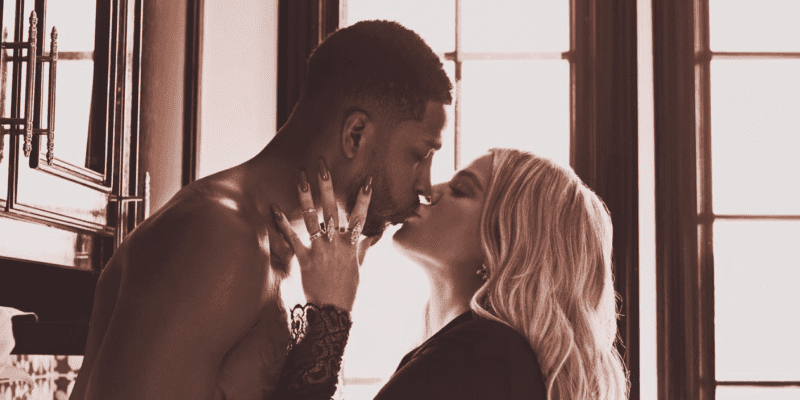 The Kardashian family is used to making waves — from the backlash about the quality of Kylie Jenner’s swimwear line, Kylie Swim, to Kim Kardashian being slammed for wearing Marilyn Monroe’s iconic gown to the 2022 Met Gala — and, now, it’s Khloé’s turn.

The 38-year-old Kardashian sibling, who was married to NBA player Lamar Odom from 2009 to 2016, shares 4-year-old daughter, True, with ex-boyfriend Tristan Thompson.

Thompson, who is also a professional basketball player, has had an on-again/off-again relationship with the Good American founder. In December 2021, it emerged that the NBA star had fathered a child with fitness trainer Maralee Nichols while he was still with Khloé.

This, seemingly, ended the duo’s relationship — which had seen prior allegations of cheating on the Chicago Bulls player’s part — for good. Now, however, it has emerged that just before Nichols’s news broke, Tristan and Khloé had conceived their second child together via surrogate.

“We can confirm True will have a sibling who was conceived in November,” a rep for Khloe told E! News. “Khloe is incredibly grateful to the extraordinary surrogate for such a beautiful blessing. We’d like to ask for kindness and privacy so that Khloe can focus on her family.”

E! noted, though, that this doesn’t mean the famous couple has gotten back together. It seems that they are not communicating beyond co-parenting matters at this time.

People Magazine shared that it is not shocking that Khloé and Tristan opted for surrogacy this time around, given prior comments Khloé made to sister, Kim:

During the March 2021 premiere episode of KUWTK’s [Keeping Up With the Kardashians] final season, Khloé shared that doctors informed her she would have a “high-risk” pregnancy if she chose to carry her own second child. She told her sister Kim Kardashian that she was considering surrogacy at the time.

Currently, the famous siblings can be seen on their new Hulu reality series, The Kardashians, which is officially described as:

What do you think about Khloe and Tristan having another baby?