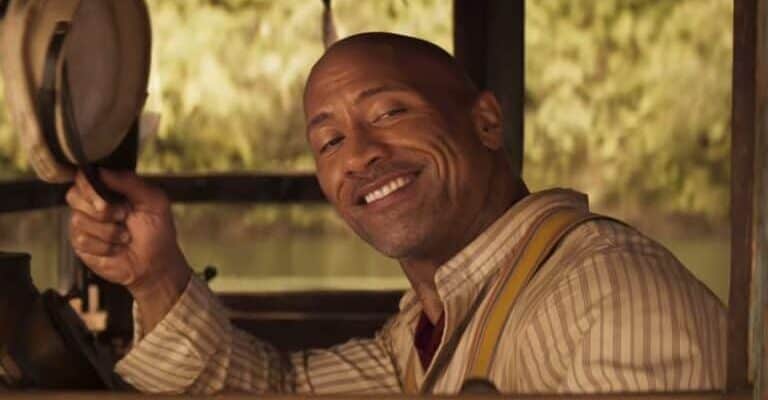 If there’s one celebrity you wouldn’t expect to nearly get booed off a stage, it’s Dwayne Johnson. “The Rock” has successfully transitioned from a career a WWE pro wrestler to a serious actor, landing roles like Hobbs in the Fast & Furious franchise, Raymond Gaines in San Andreas (2015), Maui in Moana (2016), Spencer in Jumanji: Welcome to the Jungle (2017),  and Skipper Frank Wolff in Jungle Cruise (2021).

Related: VIDEO: Wildlife Hilariously Traps The Rock Inside His House

The actor has a huge fan base, and is incredibly popular among just about everyone who follows his career and personal life. However, today, Johnson — who recently made his DC Expanded Universe (DCEU) debut as Black Adam — found himself getting booed by San Diego Comic Con attendees after responding to a question about Superman.

One article about the situation shared Johnson’s entire response after he was asked if his character or Superman would win in a fight:

“That’s a great question… don’t threaten me with a good time, cause I’m going to answer that question. Well, I will say, as you guys know, because we’re all in deep with this mythology, and it’s been an age-old question of who would win a fight between Black Adam and Superman. Pound for pound, they’re pretty close. I guess it probably all depends on who is playing Superman; I’m just going to say that. I’ll leave it at that.”

The booing began, unsurprisingly, when The Rock said “it probably all depends on who is playing Superman” — without specifically saying so, Johnson indicated that DC fan-favorite Henry Cavill (The Witcher) may not return to play the legendary super hero in the future.

A Reddit user shared a video [below] where the crowd response can be heard:

Cavill has previously been rumored to leave the DCEU behind to join Kevin Feige’s Marvel Cinematic Universe — the actor himself even indicated he would love to play Captain Britain should the character debut in the MCU.

As the aforementioned article noted, it’s a well-known fact that fans want Cavill back, and even speculated that he would appear at this year’s Comic Con to make an announcement of some sort — but Warner Bros. isn’t obliging:

He [Cavill] first took off in Man of Steel back in 2013, then crossed over to Batman v Superman, and finally landed in Zack Snyder’s Justice League. However, the actor hasn’t been seen as the famous Kryptonian since the recut of the 2017 film.

Many have expressed disappointment at his absence. It’s assumed that Warner Bros. has specifically taken actions to do away with Cavil’s Clark Kent, thanks to how badly Justice League did. This became even more apparent when Sashe Calle was brought aboard as Supergirl in The Flash.

At this time, neither DC nor Warner Bros. executives have shared anything about Cavill’s future as Superman.

What do you think about Dwayne Johnson’s Comic Con response? Does he know something fans don’t already?