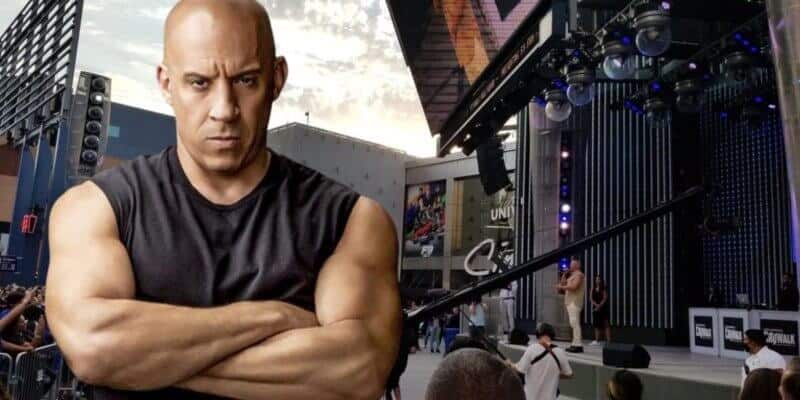 Whenever celebrities visit a theme park, it is exciting for Guests to sneak a peek! However, when a cast of a theme park IP is in town, it surely is cause for celebration!

There are many Intellectual Properties that are a part of Universal theme parks that get Guests excited! Including Jurassic World and the Wizarding World of Harry Potter. Another cult-favorite franchise that Universal represents is Fast and Furious. With nine films under the franchise’s belt, the movies and actors within it are highly recognizable.

Recently, Universal Hollywood Guests were in for a treat as the cast of F9: The Fast Saga, including Vin Diesel, came to the theme park and surprised Guests. Universal Studios Hollywood (@UniStudios) Tweeted:

Universal followed up their Tweet with another showing off more of the F9 cast!

While at Universal, Guests can ride Fast & Furious – Supercharged, so being able to see the cast in person and riding their attraction is surely an exceptional Universal experience.

What franchise cast would you want to meet at Universal? Let us know in the comments below!