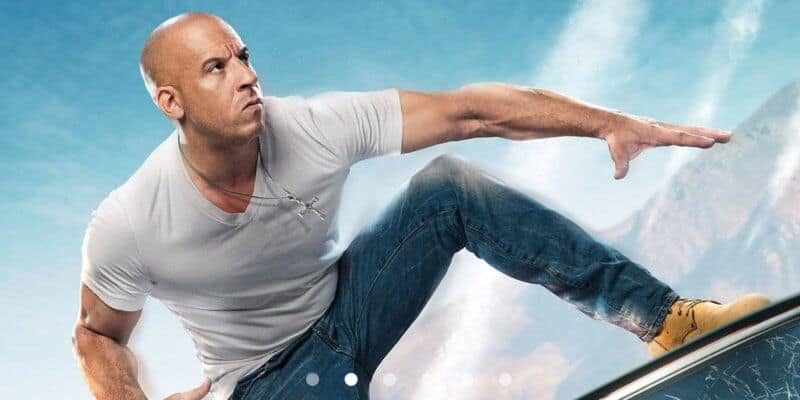 Universal Studios Hollywood started out as a film studio before the theme park element was added.

When you visit Universal Studios Hollywood you can take a ride on the famous Studio Tour attraction where you get a glimpse at the magic behind the movies.

Recently, Guests taking a ride on the Studio Tour were surprised when they got a chance to see Vin Diesel!

Vin Diesel plays Dominic Toretto in the extremely popular Fast & Furious films, as well as provides his voice for Groot in Marvel’s Guardians of the Galaxy franchise.

Fast & Furious is featured heavily on the Studio Tour attraction, so seeing Vin Diesel up close during the tour must have been an exciting surprise for Guests.

Thanks to a video by @thecalibae and @cristalandcris on Instagram, you can see the moment when the tram went by and Vin Diesel waved at the riders:

As the Studio Tour goes through the backlot of Universal Studios there is truly no telling what celebrities you might see when you take a ride on the attraction!

Have you ever been on the Studio Tour? It is a must-do for me, personally, each time I visit Universal Studios Hollywood. Here is what you can expect when you ride on this attraction according to Universal:

Have you ever seen a celebrity while on the Studio Tour? Let us know in the comments below!

Want to book a Universal Studios Hollywood vacation? We can help, click here for more information.