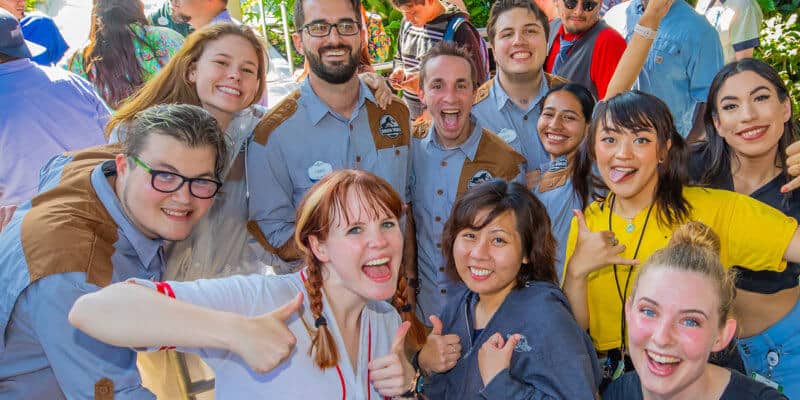 Universal Orlando Resort just announced that the theme park would be hiring thousands of Team Members, and now, Universal Hollywood is joining in and doing the same!

The pandemic put a lot of hardship on Universal Studios Hollywood as the theme park had to remain closed for over a year, which caused a financial loss for the location and forced the theme park to release many Team Members. Now, Universal Hollywood is getting back on its feet, operating at 35% capacity and boasting incredibly high wait times. It seems that the demand for the theme park has become so strong that a lot more help is needed.

Universal has announced a variety of job positions available from full-time, to part-time, to seasonal. In a recent press release, Universal Hollywood stated:

Universal City, California, June 1, 2021—Universal Studios Hollywood is casting a wide net to fill more than 2,000 jobs at the world-class theme park destination, offering prospective employees a chance to work within the exciting entertainment industry and alongside some of the most popular rides ever created.

An array of professional jobs is available from Finance, Marketing, Human Resources and Engineering to Environmental Health & Safety. To apply, please visit www.NBCunicareers.com.

Universal Studios Hollywood brings to life the magic of movie and television production, entertaining guests from around the globe and immersing them in such thrill rides as “Jurassic World—The Ride,” which now features the all-new, extraordinarily realistic dinosaur, the Indominus rex, “The Secret Life of Pets:  Off the Leash!”, “The Wizarding World of Harry Potter™” and “Despicable Me Minion Mayhem,” to name just a few.

The world-famous, behind-the-scenes Studio Tour takes guests through an authentic production studio, home to iconic outdoor sets and soundstages used in over 8,000 movies and television shows, as well as dynamic movie-based rides such as “King Kong 360 3D” and “Fast & Furious—Supercharged.”

With the opening of Secret Life of Pets as well as the retheming of Jurassic World — The Ride, it seems that all eyes are on Universal Hollywood, and Guests are looking to experience the changes and additions to the theme park. As capacity increases and more out-of-state Guests visit, more Team Members will surely be needed.

Many Californians have suffered job loss and financial stress throughout the pandemic, so to see such a massive hiring opportunity is fantastic for anyone in the Los Angeles county area or anyone willing to make the commute!

Would you like to work for Universal Hollywood? What position would be your preference?

Thinking of traveling to Universal Studios Hollywood? Connect with Academy Travel, the Earmarked Diamond professional Travel Agents. They can screen your plans for a peak vacation at any Universal Park and give you the go-ahead on free vacation planning to enhance your trip! Contact them today at 609-978-0740 or by clicking here.