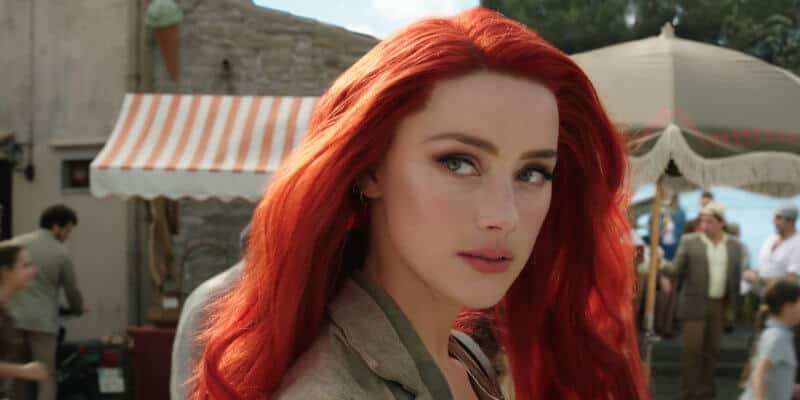 During the trial, Heard told the jury she was “harassed, humiliated, threatened every single day.” She testified that people “want to put [her] baby in the microwave.”

Now, Los Angeles resident Amber Heard might be writing a tell-all book. The Aquaman (2018) star is rumored to be entrenched in a bidding war with different publishers. Radar Online spoke to an anonymous source that suggested Heard may earn up to $15 million from the book.

The source told Radar Online that Heard is “not in a position to turn down money” after losing the defamation trial against Depp.

“Amber considers her career in Hollywood over. She’s already in talks and is excited about it. At this point, she has nothing to lose and wants to tell all,” the source told Radar Online.

In a statement after the verdict, Heard wrote:

“The disappointment I feel today is beyond words. I’m heartbroken that the mountain of evidence still was not enough to stand up to the disproportionate power, influence, and sway of my ex-husband.

I’m even more disappointed with what this verdict means for other women. It is a setback. It sets back the clock to a time when a woman who spoke up and spoke out could be publicly shamed and humiliated. It sets back the idea that violence against women is to be taken seriously.

I believe Johnny’s attorneys succeeded in getting the jury to overlook the key issue of Freedom of Speech and ignore evidence that was so conclusive that we won in the UK.

I’m sad I lost this case. But I am sadder still that I seem to have lost a right I thought I had as an American – to speak freely and openly.”

Additionally, Heard spoke out in a controversial interview with Today’s Savannah Guthrie in June. She explained that she understood why the jury ruled in favor of Depp. “I don’t blame them,” Heard said. “I actually understand. He’s a beloved character, and people feel they know him. He’s a fantastic actor.”

Amber Heard went on to speak about the abuse and hatred she’s seen on social media:

“I don’t care what one thinks about me or what judgments you want to make about what happened in the privacy of my own home, in my marriage, behind closed doors. I don’t presume the average person should know those things. And so I don’t take it personally.

Heard is still set to star in James Wan’s Aquaman 2, Aquaman and the Lost Kingdom, scheduled for release in 2023.

Would you read a tell-all book from Amber Heard?