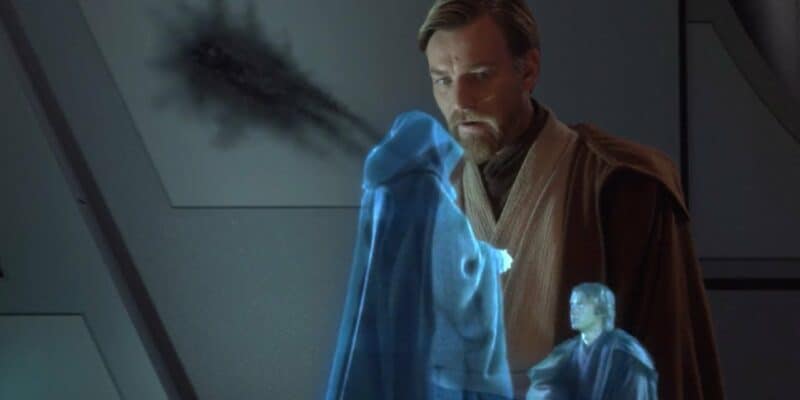 Joby Harold shocks fans by admitting that he didn’t know an important detail about Darth Vader while writing the script for Obi-Wan Kenobi.

The highly anticipated series has taken Obi-Wan off of Tatooine as he is trying to rescue a young Leia (Vivien Lyra Blair) from the Empire. After hiding for ten years, Kenobi isn’t the man he used to be. After not using the force or his lightsaber for ten years, it isn’t easy coming back to save the day and Obi-Wan will need all the help he can get since his old apprentice, Anakin Skywalker/Darth Vader is after him.

Darth Vader plays a large role in the series as he is trying to make sure he captures Kenobi no matter what happens. Some fans are not happy with Vader returning as they feel that the series actually breaks canon due to the events of Star Wars: Episode IV — A New Hope (1977) where Vader and Kenobi duel.

Harold sat down with The Wrap and explained that he never “broke canon” while writing the script, but took some creative liberties to push the story further into some unexpected moments:

“It was much the opposite. There was no line in A New Hope that said we couldn’t. One could argue that Obi-Wan’s “from a certain point of view” thing is obviously revisionist storytelling in regards to the original trilogy, or it’s another way of saying there are gray areas and things we don’t know. There’s nothing wrong with uncovering the past and its truths in storytelling, so it never felt wrong to me. There’s nothing that I feel like we’ve violated at all. If anything, we’ve informed those scenes so that some of the choices that we’ve taken for granted in the [original trilogy] actually make more sense now. If you came to the entire Star Wars storytelling world fresh and watched it all the way through from Episode I, this would feel like a natural link between those two trilogies.”

After this, Harold admitted that while he was comfortable writing about the two meeting before A New Hope, Pablo Hidalgo had to “correct him” on a certain detail about whether or not Kenobi knew who Darth Vader was:

“That was actually not something I pitched originally. That was something I discovered along the way, and sort of had to confirm with Pablo [Hidalgo] and really think, ‘Hold on a second, what does he actually know? Does he know the moniker Vader? What would that mean? Can he associate the two? What was he cognizant of? How isolated is he? Where’s Vader at that time? Where’s his reputation and how well known is he?’ and all those pieces of the puzzle.”

The concerning part about this is that Harold should have known this detail. Star Wars: Episode III — Revenge of the Sith (2005) makes it clear that Anakin is Darth Vader and the hologram Obi-Wan watches at the Jedi Temple reveals that Skywalker is now being called Vader after becoming Palpatine’s apprentice.

Knowing that Harold wrote the whole series without possibly not seeing Revenge of the Sith is very concerning. The Clone Wars is a big part of Kenobi’s story and fans haven’t seen a single flashback from it which is shocking. By now, fans are scared that Obi-Wan Kenobi will show them very little of Hayden Christensen and maybe cut Qui-Gon Jinn out of the picture.

Star Wars definitely needs to regain fans’ trust by providing these essential moments in the series. With Harold not knowing a detail that almost all of the Star Wars fandom knew, it’s hard to trust the guy to tell the right story about Kenobi. After seeing the Grand Inquisitor almost killed onscreen, fans are worried that Star Wars doesn’t care if they get very close to breaking canon just to shock the audience for no reason.