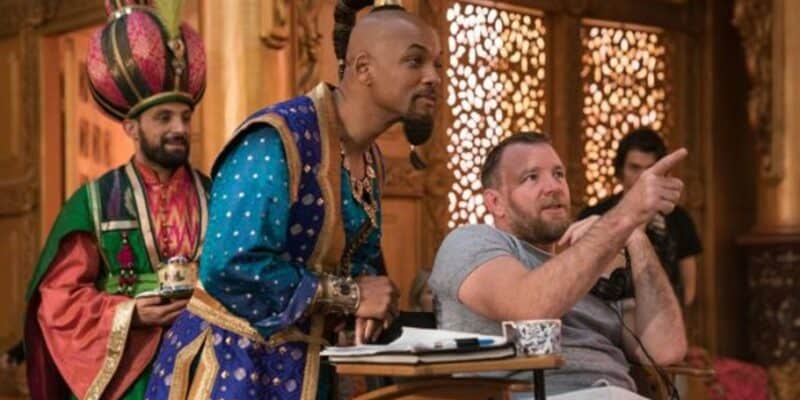 Aladdin (2019) director Guy Ritchie is set to team up with Disney once more following the billion-dollar success of his first live-action remake with the company.

As Deadline reported, Ritchie has signed on to oversee the live-action adaptation of the Disney film Hercules (1997), while the studio continues to look for new writers to tackle the project after Dave Callaham, scriptwriter for Shang-Chi and the Legend of the Ten Rings (2021), wrote the first draft of the script for the production.

Ritchie is a great choice to take on the project, as his live adaptation of Aladdin grossed over a billion dollars at the global box office, racking up many positive reviews along the way.

Last year, a leaked casting roster showed Noah Centineo (To All The Boys I’ve Loved Before, Black Adam) as the titular Greek god. Remember, though, that no one from Disney ever confirmed this leak. A new report states that Disney is keeping its options open when it comes to casting the lead role of Hercules. While they are not necessarily ruling out casting a white male, this rumor suggests that Disney is actively pursuing a person of color to lead the live-action remake.

This won’t come as a surprise as Disney has already defied their animation history by casting a Black actress as the lead in The Little Mermaid (2022) live-action movie. Halle Bailey will star as the mermaid Ariel, alongside other A-listers like Javier Bardem, Awkwafina, and Melissa McCarthy — the latter playing the iconic villain, sea-witch, Ursula.

Disney continues to stand by these changes to make the studio’s casting more diverse, as West Side Story (2021) star, Rachel Zegler, will take on the role of Snow White in the upcoming Disney film, alongside  Gal Gadot, famous for her portrayal of Diana Prince in the Wonder Woman franchise, who will be playing the Evil Queen.

The official Disney+ description of the 1997 animated Disney film reads:

Taken from the gods as a newborn and adopted on earth, Hercules becomes an awkward teenage pillar of strength. He discovers he has a place on Mount Olympus with his dad Zeus—if he can endure his growing pains and move from “zero” to true hero.

Are you excited to see the upcoming live-action Hercules? Let us know in the comments below.