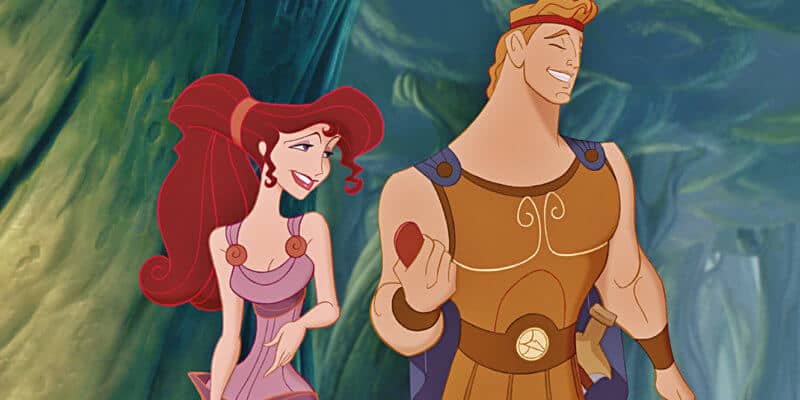 The Walt Disney Animated Classic Hercules (1997) is one of Disney’s most treasured musical movies. With songs like “Go The Distance” and “I Won’t Say (I’m In Love),” the animated film is part of Disney’s Renaissance era, joining other popular classics like The Little Mermaid (1989) and The Lion King (1994).

A Hercules live-action movie remake was announced last year via The Hollywood Reporter, with Shang-Chi and the Ten Rings (2021) writer Dave Callaham attached to pen the script. Marvel Studios Avengers: Endgame (2019) directors the Russo Brothers are producing, but no one else in the cast or creative teams has been announced.

However, a recent report suggests that casting is moving forward, at least for the leading man.

Last year, an apparently leaked casting roster showed Noah Centineo (To All The Boys I’ve Loved Before, Black Adam) as the titular greek god. Keep in mind, though, that no one from Disney ever confirmed this leak. A new report states that Disney is keeping its options open when it comes to casting the lead role of Hercules. While they are not necessarily ruling out casting a white male, this rumor suggests that Disney is actively pursuing a person of color to lead the live-action remake.

This won’t come as a surprise as Disney has already defied their animation history by casting a Black actress as the lead in The Little Mermaid (2022) live-action movie. Halle Bailey will star as he mermaid Ariel, alongside other A-listers like Javier Bardem, Awkwafina, and Melissa McCarthy — the latter playing the iconic villain, sea-witch, Ursula.

The story of Disney’s Hercules is one of the most adventurous in Disney’s animated canon. Based on greek mythology, Hercules (Tate Donovan) follows the young hero after he is stolen from his mother and father — Hera (Samantha Egger) and Zeus (Rip Torn) — on Olympus by his uncle, the lord of the Underworld, Hades (James Woods). After joining forces with Phil (Danny DeVito) and meeting love interest Meg (Susan Egan), Hercules battles the Titans and journeys back to Mount Olympus.

It will be interesting to see whether the Hercules live-action remake will follow it’s animated predecessor when it comes to the plot. The Russo Brothers have previously stated they don’t want to do a shot-by-shot replica — much like how faithful Jon Favreau’s The Lion King (2019) is to the original — and opt to do more of an adaptation of the 1997 classic.

That being said, if Disney is keeping their options open for the leading role, let’s take a look at who that could be.

Who could star as the live-action Hercules?

Previous theories have seen people from Chris Pratt to Tom Holland taking the title role in the Hercules remake — other fan casts also suggested Brie Larson (Captain Marvel) for the role of Megara, but Ariana Grande is still tipped as the favorite for the role.

But who else might play the heroic greek god, Hercules? Here’s who we think could be contenders.

Jordan Fisher has quite a portfolio. From starring in The Secret Life of an American Teenager (2012) to his starring role in the Netflix sequel To All the Boys: P.S. I Still Love You (2020), Fisher has shown off his acting chops in a variety of genres. He can also sing and dance too, which is a good sign if Hercules is headed for the musical movie route. The performer has starred in both Hamilton and Dear Evan Hansen on Broadway and won the 25th season of Dancing with the Stars in 2017. Plus, his voice can be heard in the theme song of the “Happily Ever After” fireworks show at Magic Kingdom at Walt Disney World.

The Descendants (2015) star has recently appeared in Netflix’s popular Julie and the Phantoms series. Stewart also saw movie success in the Twilight Saga, where he played Seth Clearwater, and as Warpath in X-Men: Days of Future Past (2014). The actor has shown his musical skills in most of his work, so he could be an option for this next blockbuster Disney movie.

Already a leading man in Disney and Marvel’s MCU, Michael B. Jordan has starred in many popular movies. From his turn as the villain Erik Killmonger in Black Panther (2018) to playing the boxer Donnie Creed in both Creed (2015) movies, the actor has a lot of star power behind him and would be a perfect casting choice. In 2020, Jordan was named one of the most influential people in the world by Time magazine. With this A-lister on board, Hercules would be a sure-fire hit. And fans have already called out for it in their dream cast.

The British actor stole the hearts of millions in his role as the Duke of Hastings in Shonda Rhimes’s Bridgerton. The Netflix show became one of the biggest television events of 2021 and thrust Page into the world’s spotlight. He left Bridgerton shortly after the first season was released and will next star in The Gray Man, alongside Chris Evans and Ryan Gosling, as well as the upcoming Dungeons and Dragons movie that is slated for some time in 2023. After Bridgerton, it looks like Page’s schedule could potentially open him up for a new starring role as the next true hero.

Who knows how the casting will shape up for the Hercules live-action film, but many fans believe it would be a good sign if Disney continued their commitment to diversity and casts more people of color in their upcoming slate of movies.

Who do you think should play Hercules?