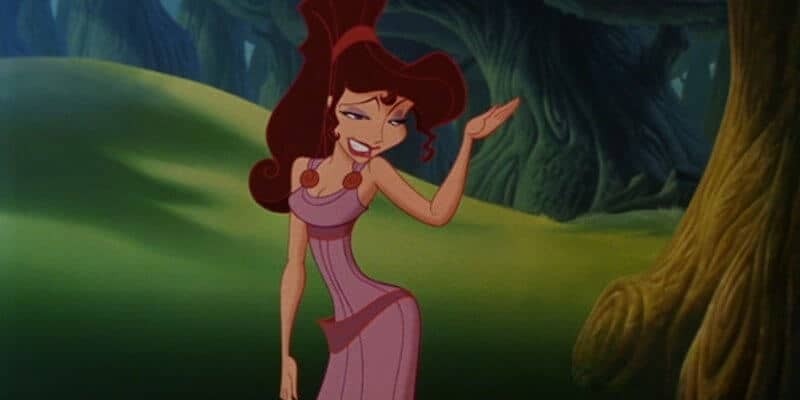 Disney’s latest “Twisted Tale” book has gotten the god treatment. “Go The Distance: A Twisted Tale” is the new installment in Disney-Hyperion’s alternate reality series. The behemoth collection of books takes our well-loved stories and poses a different question, flipping the script, if you will. “Go The Distance”, written by Jen Calonita, asks, “What if Meg had to become a Greek god?”

From Aladdin never finding Genie’s lamp to asking what would happen if Anna and Elsa never knew each other, these “Twisted Tales” are always exciting, giving fans a chance to live out their wildest theories and “What if?” moments.

This latest foray sounds dark — gods and messy love triangles and the Underworld. It also sounds perfect for a live-action Disney movie. Before we get into it, let’s first take a look at the what’s going on in “Go The Distance”.

D23 has shared the plot and an excerpt of Calonita’s take on the Hercules/Megara love story and, well, it definitely sounds Twisted (yes, with a capital T). They say:

“What is the measure of a true hero? In the Disney animated film Hercules, the titular character strives to discover just that, ultimately achieving true hero status but turning away his chance to live as a god on Mt. Olympus so he can be with the woman he loves. But what if he had accepted the offer to become a full Greek god? In Go the Distance: A Twisted Tale, author Jen Calonita explores what would happen to Megara when Hercules ascends to Mt. Olympus and she can’t join him. Hera offers a solution: Meg has to rescue her ex’s current wife from the Underworld. You know, the ex-boyfriend who she saved by giving up her soul? The ex-boyfriend who then moved on to a new girl while Meg was trapped in the Underworld? Yeah, that’s a challenge only a true hero can face.”

Last year it was announced that Marvel royalty, the Russo Brothers, were attached to produce a Hercules live action remake, adding to Disney’s ever-growing roster of live adaptations. But, should Hercules get the Maleficent treatment? Instead of a redoing the story of Sleeping Beauty, the Angelina Jolie led feature gave another view into the story of Aurora. So, in that vein, “Go The Distance” could be a way for Disney to move past its animated predecessor and give Disney fans something new. Unlike The Lion King and The Jungle Book, which were pretty much like for like reincarnations.

The film would be led by a woman.

The live action would feature a female lead. Speculation about casting already surfaced when Hercules was announced last year, but a Megara film would mean blockbuster billing for a woman, diverting away from the male-centered story of the Hercules tale we have come to know and love. And, while Meg is one of the more headstrong supporting characters in the Walt Disney universe with her wit and snarky humor, it would be great to find out more about her. What is her history? What really happened with her and Hades?

She has to journey to the Underworld?!

The book’s premise hinges on the fact that Hera, Herc’s mother, offers Meg a solution to her troubles — go to the Underworld and rescue Hercules’ current wife. We only see snapshots of the Underworld in the animated film dotted throughout, with most of the action taking place above ground (and above the clouds on Olympus), but what this suggests is more time…down there. Meg navigating the River Styx and journeying into the Underworld’s darkest place, Tartarus, to save the life of Hercules’ wife, it all screams drama and yearning. Can anyone hear an instrumental of “I Won’t Say (I’m In Love)”, yet?

A deeper look into Greek mythology.

The biggest question here is this: Why did Hercules choose to leave Meg? Why did he turn his back on love? (Why Herc? Why?!). The way the plot is anchored in a rescue mission where Hercules’ ex-love has to save his current love, the film would be able to dissect the traditions of the Greek gods in a way that we don’t see in the original Hercules story. Maybe a Meg feature could take the live-action Mulan route? It could go back to the myth, the history, rather than linking directly back to the rules and story set out in the Walt Disney Animation Studios version.

It would need to keep the songs though. Yes, it would definitely need the songs.

Do you think Meg needs her own feature film? Let us know! Buy your copy of “Go the Distance” here for $14.99.

Comments Off on Why Meg, Not Hercules, Deserves a Live-Action Movie