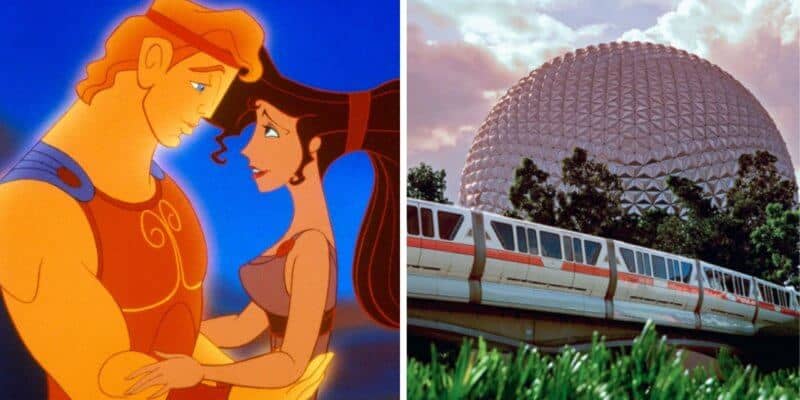 One of the most jaw-dropping aspects about EPCOT, aside from the incredible Spaceship Earth, is World Showcase.

World Showcase allows Guests to step into different cultures, try different foods, purchase unique items, and explore the entire world in just 1.2 miles. There truly is no other place that can provide the same experience that the Walt Disney World Resort has created.

That being said, Disney is also known for innovating. Take a look at EPCOT right now! Future World is a construction wall maze as half the park is undergoing a massive reimagining that will surely transport Guests once completed. But with all that work happening in the front of the park, will we ever see any updates to World Showcase?

At D23 in 2019, Disney announced that Cherry Tree Lane would serve as a Mary Poppins-themed expansion to the U.K. pavilion with an attraction in tow! Unfortunately, due to the strains of the ongoing pandemic, Cherry Tree Lane was not picked as a priority project for Disney and is seemingly on hold for the foreseeable future.

On a positive note, however, the France pavilion’s expansion, including a brand-new Ratatouille ride, is set to debut on October 1, 2021, just in time for the 50th anniversary celebrations! But even with Remy’s Ratatouille Adventure and a brand-new creperie, all of these additions have always been slated as expansions of existing pavilions rather than an entire new country.

The debate amongst Disney fans about which country EPCOT should add to the World Showcase next is highly popular and can boast a lot of answers. That being said, a popular option that I have heard discussed is to add a Greece pavilion.

Disney fan and DVC Member Josh Paterson commented on one of our recent Instagram photos noting that he, too, would like to see a Greece pavilion added to World Showcase. But that’s not all because he also noted that Hercules could be a big part of the pavilion, as well!

We reached out to Josh to gather more of his thoughts, and now, we are going to take a look at what he thinks a Greece pavilion could look like if it ever came to fruition at EPCOT. Josh wrote to us explaining:

Epcot is currently in the middle of a multi-year, million dollar rejuvenation project, with new rides, refreshed entrances and more. But despite this, what the park is really crying out for is new pavilions to be added to World Showcase.

As one of the most unique theme parks in the world, Epcot offers something many others can’t — the opportunity to travel the world in one day! The charm of each pavilion transports you to that corner of the globe instantly, something that only Disney Imagineers just get perfect.

As a child of the Disney Renaissance (1989-1999), Hercules is one of my favourite Disney movies ever — but one of the least celebrated in history, in my opinion! The characters are larger than life, and to this day, Hades is still one of the slickest Disney Villains in history.

It sticks in my mind as one of the first Disney movies that saw huge advancements in visual effects technology to bring to life some of the mythical creatures of Ancient Greece. The soundtrack is also a true musical masterpiece, with iconic songs like ‘Go The Distance’, Danny DeVito singing ‘One Last Hope’ and the the soulful melodies of The Muses in ‘The Gospel Truth’, ‘Zero to Hero’ and ‘A Star is Born’.

So the question I always find myself asking is: why has WDW imagineering not monetised on the opportunity to add Greece to World Showcase?

Personally, I think that this could be a fantastic idea if Disney ever wanted to move forward with this. Greece has stunning architecture and delicious food that can make for a stunning and popular new pavilion. Plus, considering Hercules is such a tough IP to spot in the parks, this could be a coveted and lucrative location for Disney.

John continued to tell Inside the Magic what quick-service locations could be included, what cuisine would be served, and even possible photo ops!

Think of it now, you’re making your way ‘around the world’ and you’re anticipating your next meal and e-ticket ride. Problem solved: first stop, head over to ‘Philatides Pittas & Gyros’, the newest quick service outlet at the recently opened Greece pavilion. Additionally, take your seat at ‘OPA!’ – an interactive table service dining location that is serving up the finest Greek Mezze, moussaka and grilled fishes and meats. Set in a taverna style, all of the delicious food is accompanied by jugs of sangria, and a live band keeping the energy high!

Don’t forget to sample the signature cocktail of the pavilion! This pineapple juice vodka martini has a surprise addition–the Greek liqueur ouzo. The results? A shaken, not stirred Ouzotini!

Next, take to the terracotta tiled streets of Greece to join the line for your photo ops with all of the characters, Hades sidekicks Pain & Panic, Hades and then the ‘zero to hero’ hunk himself Hercules accompanied by the fantastically sassy Meg l, all set under billowing Grecian columns, and surrounded by many a Greek Vase (that’s va-aase!)

Josh really has hit the nail on the head with this idea! It truly would be the perfect way to combine Hercules with EPCOT, and give Guests something that they have never seen before, including a brand-new E-ticket ride:

Then, make your way to Mount Olympus at the back of the pavilion to experience the newest e-ticket ride at Epcot – ‘Hercules: Battle for Olympus’ – a family coaster (in a similar vein to the Seven Dwarves Mine train), that sees you take a pivotal role in helping Hercules battle Hades and his menagerie of mythical beasts and Titans as you save Mount Olympus and restore good across the land!

This attraction idea sounds like a 75+ minute wait to me, and that was just from a few sentences of descriptions! Although EPCOT is getting new attractions like Remy’s Ratatouille Adventure and Guardians of the Galaxy: Cosmic Rewind, it would not hurt to add more — especially within the World Showcase. There are so few attractions for Guests to enjoy while walking around, that a new E-ticket attraction would have Guests excited to explore.

Josh ended his pitch to Inside the Magic with:

Epcot is a park of such knowledge and opportunity-. After the rejuvenation project, adding new pavilions to world showcase will only offer guests even more adventure in one day!

Do I think that Disney will be adding an entirely new pavilion to EPCOT? At this current moment in time, no, because the company has undergone heavy financial hardships that caused them to put a pause on a variety of projects.

However, I can see another country being added to the World Showcase at some point. For now, this is all speculation at this point. But, with a live-action Hercules on the way, it wouldn’t be surprising to see this IP back in the parks.

What pavilion would you like to see added to the EPCOT World Showcase?