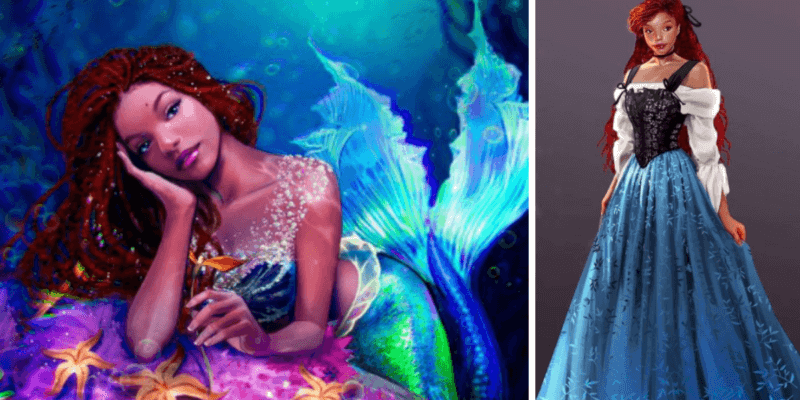 Though Disney has not yet shared any sneak peeks or promotional images of the live-action Ariel, we can look to fan artwork to get an idea of what we might expect from the new movie. And we’re particularly awestruck by one fan’s illustrations of Halle Bailey as the live-action little mermaid.

Artist Lucas Werneck (@lukaswerneck on Instagram) has created some stunning interpretations of our upcoming live-action Ariel.

In the image below, we can see Halle as Ariel during one of the most iconic scenes of the original The Little Mermaid film. We can almost hear Jodi Benson’s Ariel singing “Part of Your World (Reprise)” when we look at this illustration — and we know singer Halle Bailey (of the duo Chloe x Halle) has such an angelic voice that will be wonderful to finally hear in the new film! She sounds just like a Disney Princess.

Werneck also shared another version of Halle Bailey’s Ariel character — and this one is just stunning! The impressive detail in this image could fool anyone into believing it’s official Disney artwork.

Blogger and Little Mermaid superfan Logan reposted Werneck’s recent art on his Instagram dedicated to all things Ariel, @whatdoyousuppose. Click through the carousel of images below to see Ariel with her human legs. We don’t yet know if these exact costumes will be worn in the new movie, but the artist’s interpretations of the live-action Ariel sure are mesmerizing!

Halle Bailey is set to make her live-action Little Mermaid debut in the future, though a release date has not yet been announced for the upcoming film. But like her fans (who are ecstatic about Halle’s casting as the first Black Ariel in this live-action Disney adaptation) the actress is thrilled to be a part of the project. She told Variety “I feel like I’m dreaming, and I’m just grateful. And I don’t pay attention to the negativity. I just feel like this role is something bigger than me, and greater, and it’s going to be beautiful. I’m just so excited to be a part of it.”

Are you excited to see Halle Bailey star as Ariel in The Little Mermaid? What do you think of the fan artwork depicting the live-action Little Mermaid actress? Let us know in the comments!