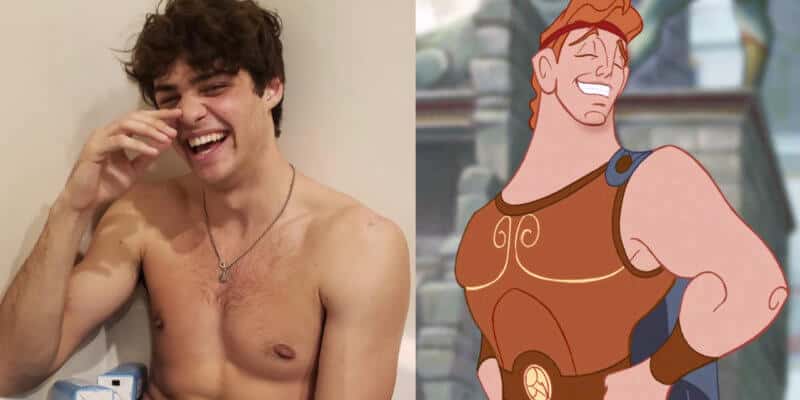 Live-action remakes of Disney’s most beloved animated films have been the trend for this past year at the movies and the company is set to continue this with a live-action remake of their classic animated film Hercules. However, what hasn’t been revealed is who will be starring in this new film. At least, it wasn’t until a new “leaked” cast list began making its rounds online, which claimed the role of the son of Zeus is to be played by Noah Centineo?

This is according to this leaked roster (pictured below) for the live-action adaption of the 1997 animated film that Disney fans everywhere cannot stop tweeting about. In fact, fans were tweeting about it so much #Hercules became the top trend on Twitter. Although, it’s worth mentioning that this “leaked” cast list appears to be fan-made.

Who else is excited! #Disney #Hercules pic.twitter.com/qW3WFWjcgh

According to the list, we see Noah Centineo as Hercules, Jodie Comer as Megara, Jeff Goldblum as Hades, Ian McShane as Zeus, Helen Mirren as Hera, and Danny Devito as Philoctetes — among many other rumored celebrities in the roles of some of the original animated film’s beloved characters.

At this time, it has not been officially confirmed who will take on the lead role of Hercules. However, there had also been talk that Chris Pratt, Armie Hammer, and Chris Hemsworth might have all also been approached for the leading role.

Before this leak, as we previously shared, fans have already been arguing who should take on the role of Hercule’s love interest Megara. Many fans have said the role should go to Ariana Grande. In fact, some fans believe this casting to be the only option for the character — so much so that a petition online was started in support of the casting.

At this time, Disney has not confirmed any official castings for the live action remake. Although, we will continue to look out for when Disney drops the real cast list.

What are your thoughts on the idea of Disney possibly making a live-action Hercules? Also, who do you think should take on the leading role of Hercules? Let us know in the comments!