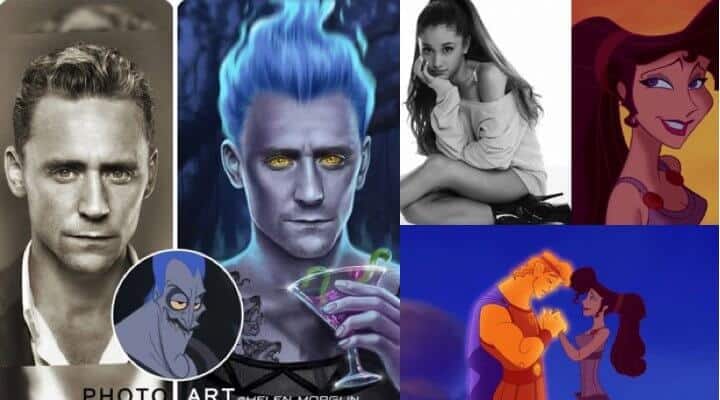 Since the announcement that Hercules would be the latest Disney classic to get a live-action remake, fan response has been frantic.

While I personally feel that a live-action remake of Hercules isn’t necessary, lots of fans were thrilled at the announcement and instantly started to debate their dream casting choices.

One of the most interesting discussions on Twitter, however, was who should take the role of Herc’s fantastically independent girlfriend Megara. Rumoured names like Reece Witherspoon and Tessa Thompson have been murmured for a while now, and we also reported on the fan petition for Ariana Grande to take the role.

Check out these other suggestions by these Meg fans for who should play the lead role in the live-action remake.

The MEG choices as told by Twitter (shark sold separately)

Kaya Scodelario as Meg in the live action #Hercules please and thank you pic.twitter.com/EbUzYxfO1B

now that #Hercules is trending again i would like to take this opportunity once more to remind everyone LIZ GILLIES IS THE ONLY MEGARA THERE CAN BE pic.twitter.com/iQCGyFBu8D

Okay I’m going to need y’all to think outside the box. Ariana Grande is great. Elizabeth Gillies looks just like Meg. She has the acting and singing down! #Hercules pic.twitter.com/Awh5IZskBN

There are certainly some great choices in there that capture the spirit of the animated film’s original Meg. Fans of this live-action film will have to wait and see who ends up taking the role, as well as who ends up playing the Muses, Pain, and Panic, and of course, Herc himself.

The Lord of the Underworld (and maybe the box office)

Then we have the question of the bad guy; the Lord of the Underworld himself, Hades. I’ve made it clear that James Woods is the only man for the job (that evil car dealer shtick just kills me), but fans on Twitter have raised an unlikely favorite for the new film;

If Tom Hiddleston doesn't play Hades in the live action remake of Hercules, then what's the point?

He seriously needs to! ? I mean, just look at this artwork showing what he could look like.. ?????? pic.twitter.com/D4Vv39ArpT

And there you have it. Loki himself as Hades. Could Tom Hiddleston be the actor to bring this classic villain back in the new movie? Or is this suggestion just for the memes? Only time will tell who will be taking on Mount Olympus; Tom is a great shout in my books.

The Hercules remake was announced yesterday and the film currently has no release date. It follows other successful live-action Disney remakes like The Jungle Book and Beauty and the Beast. What I want to know is, where are my remakes of The Black Cauldron, Snow White, Hunchback of Notre Dame, Lilo and Stitch, and Pete’s Dragon? Please, Disney? Pretty please?

Who do you want to see bring this story to life in a new live-action film? Who is the perfect live-action movie, Hercules? Are you happy that the original animated film is being remade? Whatever you think, tell us below.