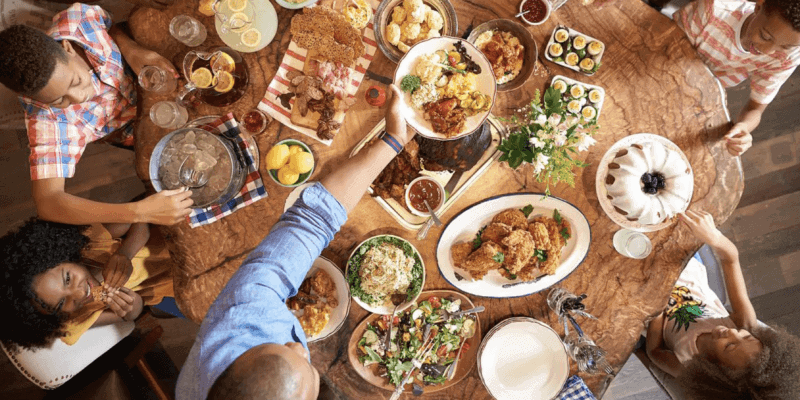 If you’ve ever traveled through Orlando International Airport (MCO), you probably know that the airport isn’t historically one of the most technologically advanced in the world — although it does have its very own “FastPass” system.

Related: Delta Cancels 10% of Operations, Goes Viral For Telling Travelers to “Calm Down”

That’s all about to change when the airport’s new Terminal C opens, though. In April 2022, Orlando reporter Greg Angel recently shared a first look at the high-tech new terminal, which is nearing completion.

Angel shared a photo of a press release that reads:

A big push at MCO is the new luggage system – of which MCO is among the first to have.

MCO touts international passengers will see sunshine and have their bags even before going through Customs. pic.twitter.com/P9Gh3UPZDU

Now, new information about Terminal C has been released and it seems that Walt Disney World Resort travelers have exciting new dining options to look forward to before they even arrive at the Parks! In fact, two of the restaurants will already be familiar to anyone who enjoys eating at Disney Springs.

Orlando FOX 35 provided the full rundown of restaurant options that Terminal C travelers can expect when the new section opens:

Restaurant chains like Starbucks and Chick-fil-A that are currently located in the North Terminal, will be at the new terminal, the airport said.

Terminal C is slated to open to travelers in Fall 2022.

Homecomin’ at Disney Springs is officially described as:

Comfort Food You’ll Crave
Enjoy the welcoming vibe at this down-home kitchen and shine bar! From starters to main plates, the eatery’s cuisine is inspired by Florida agriculture and the recipes of Chef Art’s family table.

Sip, Savor, Celebrate!
Stop in to enjoy over 140 wines by the glass, bottle or ounce. Snack on small plates, feast family-style or linger over late-night bites. You can even order their full food and beverage menu to-go. Want to make your weekend extra special? Discover our casual yet sophisticated brunch―served Saturdays and Sundays from 10:30 AM to 2:00 PM. Or enjoy our Bites and Boards menu – served Saturdays and Sundays from 2:00 PM to 3:00 PM.

Are you excited about these new MCO restaurant additions?

Comments Off on Disney World Travelers Are Getting New Dining Options