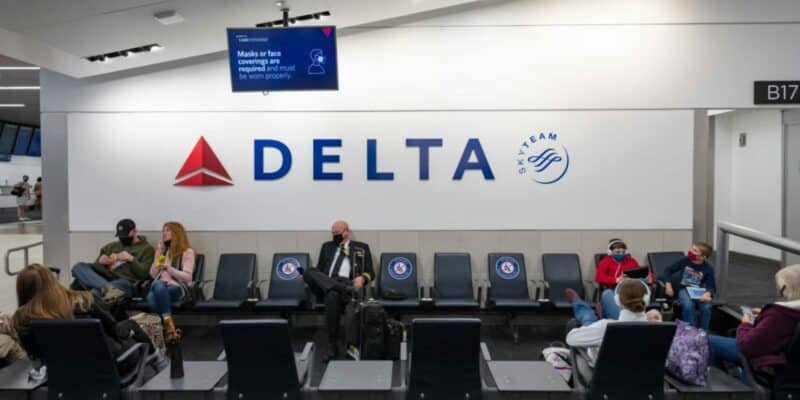 Airline travel on holiday weekends can be stressful under the best of circumstances, let alone amid an ongoing pilot shortage that has major carriers canceling flights seemingly with no rhyme or reason.

While United Airlines has finally reached an agreement with its employee union that could lead to fewer canceled flights, American Airlines, Delta Airlines, Southwest Airlines, and other domestic carriers are still working toward resolutions.

Over Memorial Day weekend, Delta passengers experienced the brunt of the cancelations, with the airline nixing approximately 10% of its scheduled operations by 11:30 a.m. EST on Sunday, May 29. Orlando Spectrum News 13 reported:

Delta Air Lines cancelled the most flights among major U.S. airlines, with more than 250 flights, or 9% of its operations, eliminated Saturday. More than 140 Delta flights were canceled by mid-day Sunday, according to FlightAware.

Saturday’s cancellations were due to bad weather and “air traffic control actions,” Atlanta-based Delta said in an email to The Associated Press, noting it’s trying to cancel flights at least 24 hours in advance of the Memorial Day weekend.

Delta’s social media representative, Daisy, had enough of the complaints that were seemingly coming in, ultimately posting:

Can you calm down and allow me some time to work please??

The now-viral Tweet was in response to a stranded passenger, Edo, asking:

Waiting for Daisy at @delta to make things right?!?! What is happening? @delta??

Can you calm down and allow me some time to work please ??

Tens of thousands of reTweets later, the reply has gone viral and has even become a meme, as shared by Make It a Quote:

Me next time someone is just following up on an email

Me next time someone is just following up on an email 🤣 https://t.co/GHvqenTXSj

Related: Some Disney Travelers Will Soon Have In-Flight SpaceX WiFi

Almost 24 hours out, @delta has already delayed my flight by so much I won’t make it home until the next day. After 17 days gone it’ll now be 18. I dare you to have Daisy text me.

Almost 24 hours out, @delta has already delayed my flight by so much I won’t make it home until the next day. After 17 days gone it’ll now be 18.
I dare you to have Daisy text me.

While Delta’s social media response has the company under fire online, the airline’s official website offers the following helpful information about rebooking a canceled or delayed flight:

If your flight is delayed for more than 30 minutes or canceled completely, it’s easy to rebook a new flight that fits your schedule. Rebooking your own flight gives you access to the same flight options that our agents have, and your bags will be re-routed to whichever flight you select. Rebook your flight as many times as you need to, until you’re on your way.

Were you impacted by the weekend’s flight cancelations?