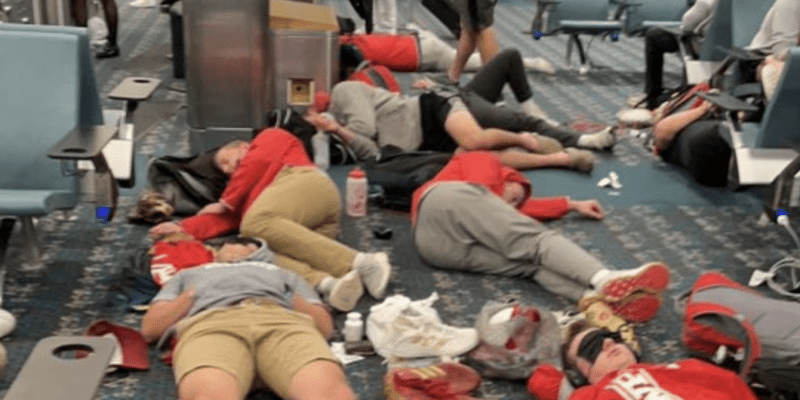 As travel has resumed following the height of the COVID-19 pandemic throughout 2020 and 2021, vacationers have been eager to return to Walt Disney World Resort and other destinations around the United States.

Orlando International Airport (MCO) has faced a particularly high volume of travelers due to the popularity of Central Florida’s theme parks — including Disney World, Universal Orlando Resort, and SeaWorld — and the region’s proximity to beaches like Cocoa Beach and Port Canaveral’s cruise ships.

Unfortunately, however, as travel has picked up, an increasing number of flights have been canceled, sometimes leaving thousands of travelers stranded at MCO with no immediate way to get home.

Now, one new union agreement may alleviate this problem, at least for United Airlines’ passengers. Per CNBC:

United Airlines and its pilots’ labor union have reached an agreement on new contract terms, the first of the major carriers to strike a deal since the start of the Covid pandemic. The crisis roiled the industry and exacerbated a pilot shortage and training backlog.

The Air Line Pilots Association and United didn’t disclose the terms of the deal on Friday, but they will likely include higher pay and other improvements.

The article went on to note that United seemingly has the “least contentious” relationship with its pilots’ union of any major airline, pointing out that the carrier was the only major airline to reach an agreement with its flight team during the COVID-19 outbreak.

CNBC also shared that other well-known carriers like “Delta Air Lines, Southwest Airlines and American Airlines are still in negotiations with pilots unions, which have organized pickets in recent months to protest grueling schedules.”

If you plan to visit Walt Disney World Resort or another Central Florida destination in the near future, you could soon experience Orlando International Airport’s state-of-the-art Terminal C. The redesigned terminal is set to be one of the most cutting-edge in the world.

You can watch a video about the new terminal below:

Have you experienced a canceled Disney Parks flight recently?