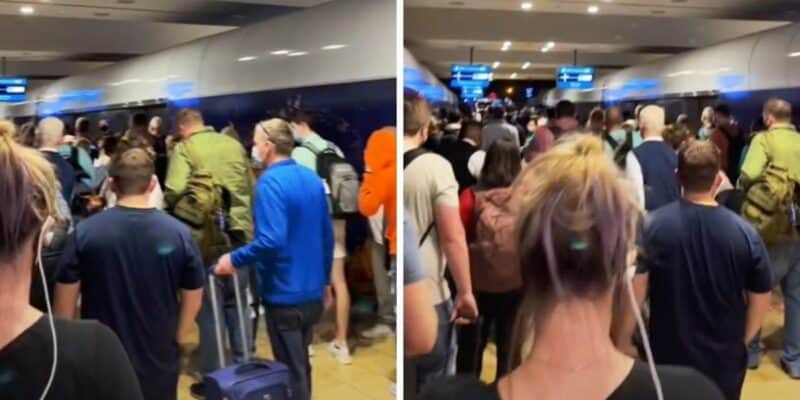 Orlando, Florida is one of the top spring break areas in the United States. Being home to various theme parks and family-friendly locations, the crowds tend to flock to Orlando International Airport during this time of year.

If you are planning to visit Walt Disney World, Universal Orlando, or any other location within Orlando, Florida, be aware that spring break crowds have already arrived at Orlando International Airport.

One Disney fan, who recently visited Walt Disney World, headed to Orlando International Airport as her vacation came to an end and noticed the insane crowds.

They posted a video to TikTok along with the caption “POV waiting for the APM. Welcome to spring break in Orlando”. Within the video you can see that travelers are standing shoulder to shoulder and are packed in like sardines as they try to board the APM.

Do you have plans to visit Florida during spring break? Let us know in the comments below.