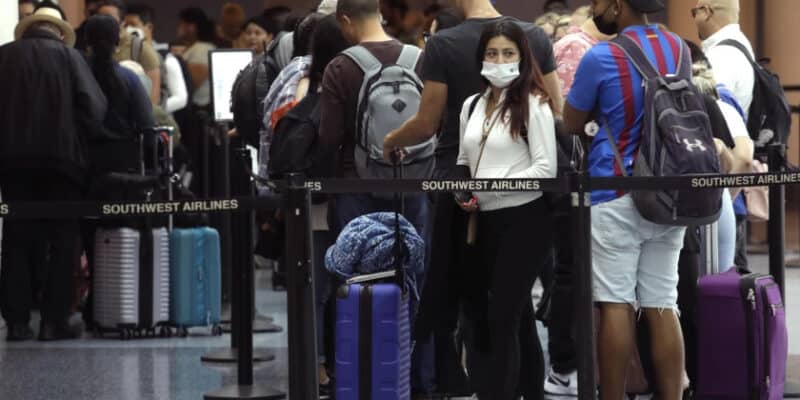 As the unfortunate airline pilot shortage continues, travelers around the world are feeling the effects as they try to get from place to place.

Similar deals, however, have not yet been struck by other major carriers like Delta Airlines, Southwest Airlines, and American Airlines. Over Memorial Day weekend, Delta travelers, in particular, were impacted by hundreds of canceled flights nationwide.

On Sunday, May 29, many Disneyland vacationers found themselves stranded at LAX after Delta canceled numerous flights. KARE 11 reported on the situation:

Delta Airlines is the latest U.S. carrier to cancel hundreds of flights in a weekend, due to a mix of compounding issues, but the timing of the latest meltdown is a troubling sign for loyal travelers and industry experts.

According to the Bureau of Transportation Statistics, from Friday to Memorial Day, Delta cancelled more than 715 flights…

The Los Angeles Times also weighed in, Tweeting on Sunday:

Dozens of flights have been canceled and hundreds more delayed this Memorial Day weekend at Los Angeles International Airport, where as many as 200,000 passengers are expected to travel today.

Dozens of flights have been canceled and hundreds more delayed this Memorial Day weekend at Los Angeles International Airport, where as many as 200,000 passengers are expected to travel today.https://t.co/Dht15KrUyf

At one point, so many Delta travelers were at the ticket counter trying to rebook flights that the airline’s LAX terminal Starbucks, which is normally packed with people, was completely empty [below].

It is unknown how long the current pilot shortage is expected to continue, but it is likely that summer travel for Disney Parks fans will be a bit of a gamble as airlines continue canceling flights.

If you are interested in booking a vacation package at Disneyland Resort along with your next flight into the Southern California region, visit the theme park property’s official website to learn more about bundling your hotel stay and Park tickets:

Enjoy all the happiness of classic Disneyland Park and Disney California Adventure Park—which includes the revved-up and “tire”-ific Cars Land and the Downtown Disney District.

Stay close to the magic at Disneyland Resort Hotels or nearby Good Neighbor Hotels.

Were you impacted by Memorial Day’s Delta flight cancelations?