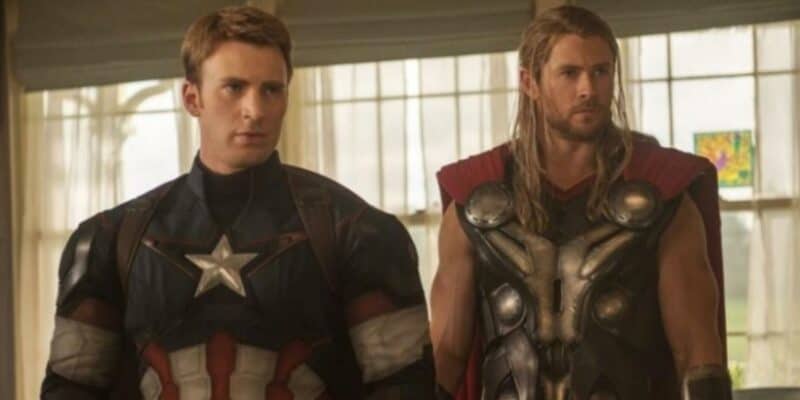 Evans is voicing the “real-life” version of Tim Allen’s Buzz Lightyear in Pixar Animation Studios’ Lightyear spinoff, which is due to hit theaters on June 17, 2022.

The film is expected to be another blockbuster for Pixar, as millennials who grew up with the original Toy Story movies are clamoring to learn more about Lightyear’s backstory, while continuing to introduce their children to the beloved franchise after Toy Story 4‘s tearjerker ending.

There have already been plenty of rumors that Lightyear will give rise to another spinoff film about Tom Hanks’s Woody the Cowboy character. Now, Evans has weighed in on the “dark and gritty” tale he’d like to see about the Wild West deputy.

As one article noted, a Woody backstory certainly isn’t out of the question, as it’s something the Toy Story movies have delved into previously:

As Toy Story fans recall, Woody’s origins were explored in Toy Story 2, with the classic kids show “Woody’s Roundup” becoming a focal point of the plot and introducing the other new toys into the sequel. Even with that already in the canon, the potential for say a dark-and-gritty modern reboot seems….kind of like a cool idea? Especially if Pixar keeps their tongue in their cheek.

In Toy Story 2, viewers were introduced to characters like Jessie the Cowgirl and Stinky Pete the Prospector when Woody and Bullseye discovered more about their origin as classic television characters.

Only time will tell if Evans’s wish for a Woody prequel will come true, but with the current hype for Lightyear, it certainly seems likely.

Are you excited to see Lightyear?