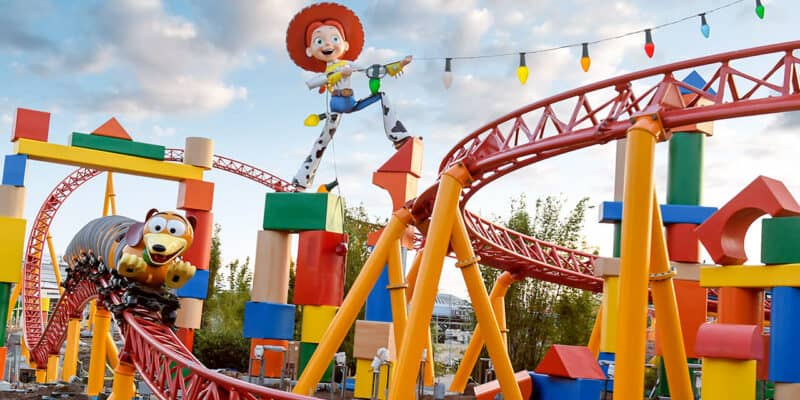 Construction on the project — which will be located in Toy Story Land at Disney’s Hollywood Studios Park — was delayed during Disney World’s pandemic-related shutdown in 2020. This meant that its opening date was pushed back until this year, 2022.

Although an official opening date has not been revealed, a new construction permit indicates that some of the finishing touches are being put on the new sit-down dining establishment.

The permit is specifically to “install an externally lit marquee,” indicating that enough progress has been made on the restaurant that it is time for signage to be hung. The contractor listed is Design Communications, LTD.

Jessie’s Trading Post will offer Guests a selection “of the coolest toys and finest souvenirs handpicked by the rootinest, tootinest cowgirl” after they finish riding Toy Story Mania!

Are you looking forward to dining at Woody’s Rodeo Roundup BBQ?