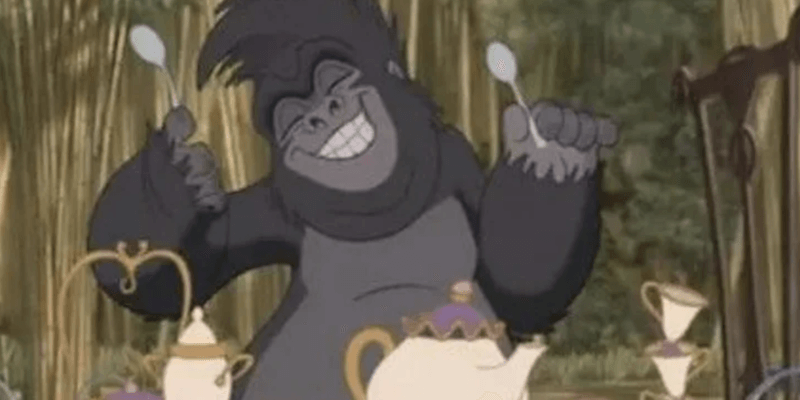 For many fans, their love for Disney started after watching one of the many films Disney has released in almost a century. Whether it be timeless classics like Snow White (1937), Pinocchio (1940), and Peter Pan (1953), or more recent films like Luca (2021), Encanto (2021), and Turning Red (2022), Disney has a way of portraying stories that enchant the entire family.

One of the most discussed films from the late 90s is perhaps Tarzan (1999). One of the first Disney films to utilize 3D technology and the last film of the Disney Renaissance era, Tarzan portrays the story of an orphaned boy who is raised by a family of gorillas and ultimately accepted as one of their own. As Tarzan matures into a young man, his life changes forever when he finally meets other humans with whom he feels an immediate and irresistible bond.

One of the reasons this film is so discussed online is its soundtrack, recorded in multiple languages for different markets, with Phil Collins performing the English, Italian, German, Spanish and French versions of the soundtrack. Phil Collins composed the soundtrack with the aid of Mark Mancina, winning a Grammy Award for Best Soundtrack Album and earning Collins an American Music Award.

Many Disney fans constantly debate online and even create memes regarding Phil Collins’ performance on the Tarzan soundtrack, saying he went “too hard” on the music of this beloved Disney film, with few to none giving any actual explanation on the reason.

However, Bobbi (@theafternoonspecial) recently posted a video on TikTok explaining what Phil Collins did to make the music of this film so distinct and characteristic. In it, she explains that the soundtrack is indeed really good and that the main reason for that is that it is not Disney music, as she further elaborates.

As mentioned, Tarzan concluded a period in Disney movies known as the Disney Renaissance that ran from 1989 to 1999, including films like Beauty and the Beast (1991), Aladdin (1992), The Lion King (1994), The Hunchback of Notre Dame (1996), and Hercules (1997), among others, most of which are known for putting out some of Disney’s most popular songs including “Part of Your World,” “A Whole New World,” and “The Circle of Life” to mention a few.

All of these movies and songs have a particular sound, and that is because many of the lyricists and composers working on these soundtracks came from Broadway. Phil Collins, however, tried to pay homage to the sound created during this decade but added a rock approach to the soundtrack for Tarzan, with strong use of percussions.

Bobbi adds that the soundtrack stands out because Tarzan is not the one singing and that Phil Collins’ voice serves the purpose of being Tarzan’s inner monologue, explaining emotions that he might not have words for, similar to what is done by Randy Newman in Toy Story (1995), where Newman serves ad Woody’s inner monologue.

You can see her video down below or click here to watch it.

Tarzan had an important representation in Disneyland, with a controversial character meet and greet and an attraction currently being demolished and reimagined.

Which is your favorite Disney Movie? Let us know in the comments below!