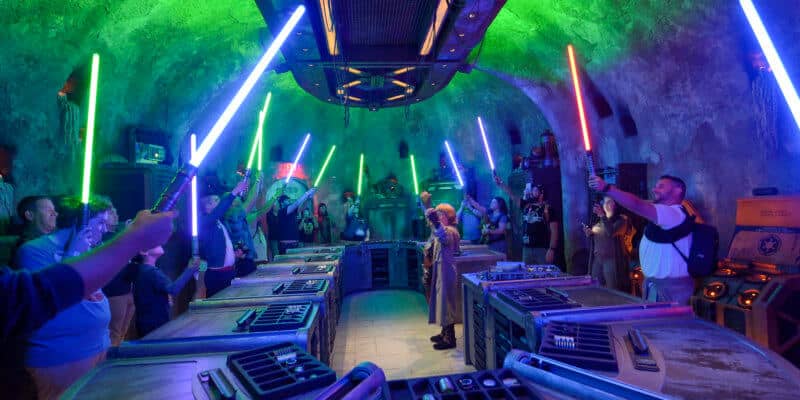 Although Walt Disney World Resort is billed as “The Most Magical Place on Earth” — and usually is for most Guests — there are occasionally less-than-magical moments, too.

Last month, a child was seemingly very much endangered at Disney’s Hollywood Studios Park, and the situation could have been much worse if an off-duty police officer had not intervened.

White heard the boy’s crying from behind the souvenir ID tag machine by Toy Story Land’s Alien Swirling Saucers ride. The law enforcement officer reported that he saw Cunha’s arm swinging “in a striking motion” while holding the little boy on the ground.

Related: Family Once Arrested After They “Attacked a Pluto,” Broke Cast Member’s Limb

White informed Cunha that he was in law enforcement and that he would not allow the offender to leave the area until local authorities arrived.

She also ““advised that the child was trying to get away from Cunha. When asked how many times Cunha struck the child, Chelsea stated she saw Cunha knee the child two times and strike the child with his hand/fist three times.”

White has been recognized for his valor by his local Southaven department. At this time, Cunha has pleaded not guilty.

Although it is unknown if the child involved in this unfortunate incident wanted to construct a Star Wars lightsaber or purchase a pre-made one, Disney World Guests can visit Savi’s Handbuilt Lightsabers on Batuu. The official description of the Black Spire Outpost location reads:

Choose Your Path
Travel to Black Spire Outpost, where a group known as the “Gatherers” ushers you into a covert workshop packed with unusual parts, whimsical pieces and miscellaneous memorabilia collected from the far reaches of the galaxy.

Have you ever witnessed violence in a Disney Park?