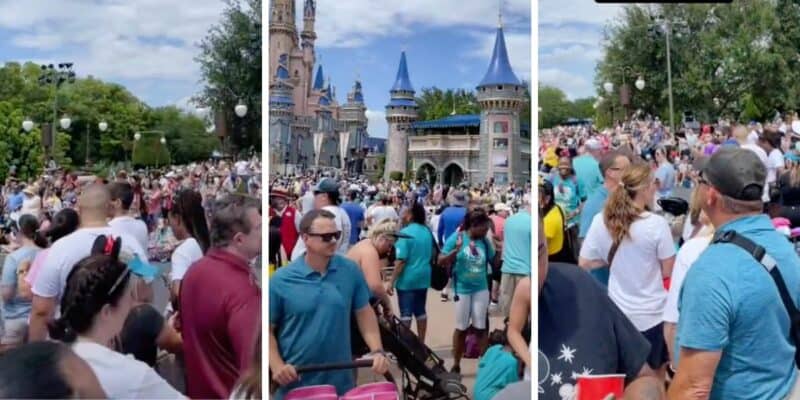 This past weekend, many celebrated Mother’s Day, which took place on Sunday, May 8. And what better way to celebrate Mom than by visiting Walt Disney World? Well, it seems everyone had a similar idea as the crowd levels at the Disney World theme parks this past weekend were, well, insane.

TikTok user, mikemolinari, was visiting Magic Kingdom this past weekend and shared a video to the social media platform showing the number of Guests lined up along Main Street, U.S.A. waiting for the Festival of Fantasy Parade.

You can see Mike’s video below, or by clicking here.

If you plan on visiting Walt Disney World, you will need a valid Park ticket as well as a Park Pass reservation. The new Disney Park Pass reservation system was introduced when the theme parks reopened after temporarily closing due to the ongoing pandemic. The reasoning behind this new system is to help Disney monitor and control the crowd levels and capacity on any given day.