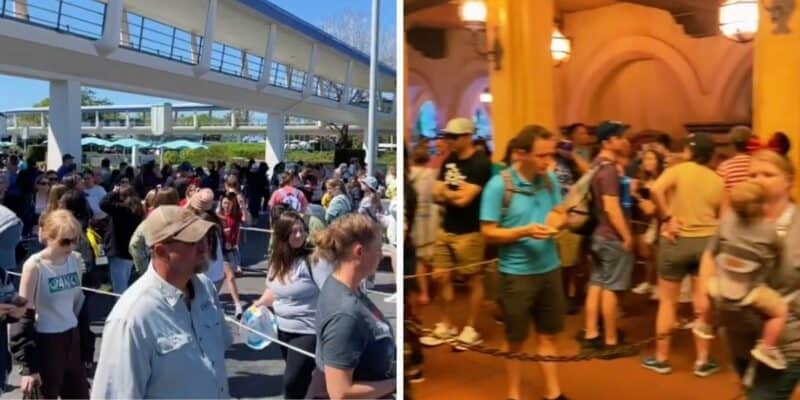 Orlando, Florida is one of the top spring break areas in the United States. Being home to various theme parks and family-friendly locations, including Walt Disney World, the crowds tend to flock to Orlando International Airport during this time of year.

We have already seen the spring break crowds hit both Orlando International Airport and Walt Disney World, and now it seems those crowds are continuing to take over as families are eager to visit the Most Magical Place on Earth.

Spring break is in full swing as crowds are flocking to Magic Kingdom, resulting in the ride lines taking over the Park. One TikTok user and Disney fan, llissaamariee, shared a video to social media, showing the ride line for Pirates of the Caribbean wrapping several times and taking over Adventureland.

Another Disney World Guest shared a video to TikTok showing the line for Space Mountain taking over Tomorrowland. Similar to Pirates of the Caribbean, the Space Mountain line wrapped several times outside of its normal queue area, which extended into the center of Tomorrowland.

Are you visiting Disney World? Have you experienced the high crowd levels due to spring break? Let us know in the comments below.