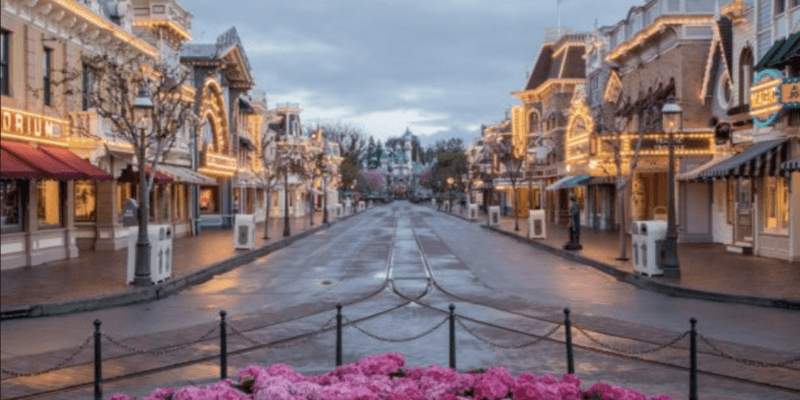 Guests have recently gone through a real rollercoaster after a piece of Disneyland History was allegedly stolen from the firehouse on Main Street, U.S.A.

As we initially reported, the story was shared by Jose, Baileigh, and Amber from @eat.sleep.parkhop on TikTok, saying that the bell at the Main Street firehouse had gone missing. Many feared that a Guest had stolen this historical item, but no official information was released.

Disneyland officials quickly covered up the holes left on the wall by the removed bell, which didn’t help with many Guests’ concerns, as some started commenting that the bell was probably gone for good as they reminisced memories of ringing it with their families for generations and said goodbye to a decades-long tradition.

A picture of the repaired wall was posted on Reddit by u/CambodianDrywall, and can be seen below:

A decades-Long Tradition came to an end from Disneyland

Fortunately, many Guests saw this iconic piece of Disneyland history make its way back into the Park as the bell was reinstalled at the firehouse on Main Street earlier today. Redditor u/swagkingkruel posted a photo sharing the good news, which you can see down below:

The bell is back! from Disneyland

Many were excited and relieved to see the bell return, though some mentioned it was not the original bell but a replacement. One Redditor even commented, “That’s a different bell. I still have the original,” hopefully as a joke.

As of the publication of this article, no official information had been released by Disneyland Resort regarding this situation, but after seeing the bell back, it may have only been removed for maintenance, even though that doesn’t explain the rough work made when it was removed.

Again, Jose, Baileigh, and Amber from @eat.sleep.parkhop were quick to update their viewers as well, sharing a video on TikTok showing the bell looking better than ever, freshly polished and with an updated mechanism to ring it.

The bell is finally back thank you @disneyparks for making it look even better than before!!! It’s a good day y’all  #disneyland #disneyparks #disneyfyp #disneytiktok #distok #disneyadult #disneylandresort

The bell is finally back 🥹😭 thank you @disneyparks for making it look even better than before!!! It’s a good day y’all ❤️ #disneyland #disneyparks #disneyfyp #disneytiktok #distok #disneyadult #disneylandresort

It is shocking to see Disneyland officials and Cast Members quickly taking action to solve this matter and return a beloved piece of Disneyland history to the Park.

Have you ever visited the firehouse on Main Street, U.S.A., and rang this iconic bell? Let us know in the comments below!