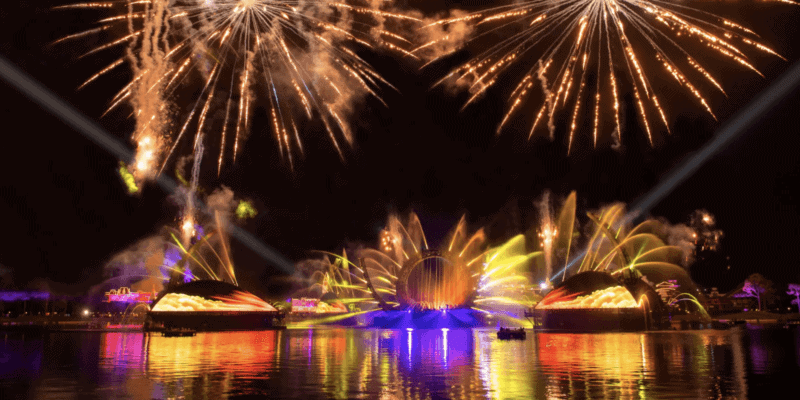 Whether you’re a frequent Walt Disney World Resort Guest or you’re preparing for your first-ever visit to The Most Magical Place on Earth, one indisputable fact all Guests can agree on is that watching fireworks from their Resort hotel window is an indescribable experience.

Related: See Disney Fireworks From Inside the Park With NO Crowds (And With a Seat!)

Usually, though, Guests assume they will have to spring for a Disney Deluxe Resort like Disney’s Polynesian Village Resort or Disney’s Grand Floridian Resort & Spa to have a fireworks view from their room. But, as it turns out, this is not actually the case.

Related: Does Disney Enchantment Match Up to Happily Ever After?

Reddit user u/ByEthanFox shared that he and his travel party noticed they could watch Harmonious from their beds at Disney’s Pop Century Resort just a week ago! This Value Plus Resort is more affordably priced than Disney Deluxe Resorts or Disney Moderate Resorts, making it the ideal choice for nearly any family’s budget.

Commenters chimed in with their own experiences, with user u/BargoBoy noting, “Stayed there in the beginning of april and we noticed it too! We were staying on the 4th floor in the 50’s building.”

Another Disney Parks fan, u/fuzz_boy also shared thoughts about the popular Disney World Resort hotel, “Pop Century is the best! We could see fireworks last time, but not from bed. We actually spent our honeymoon there.”

u/bugsnax8k120 was thrilled to learn this information, as they will soon be traveling with a toddler. They wrote, “I’m happy to know this bc we are about to go with our soon to be 2 year old and there’s a high likelihood she will need sleep and can’t do fireworks… I’m hoping we can be so lucky as the OP!”

Fellow Park-goer, u/Euchre offered some helpful advice for anyone wishing to see Harmonious from Disney’s Pop Century Resort, “You have to have a room with the ‘lake view’ (preferred), which costs more.”

They noted the up-charge is typically worth it, though, particularly for parents of young children.

Have you ever watched EPCOT’s fireworks from Pop Century?