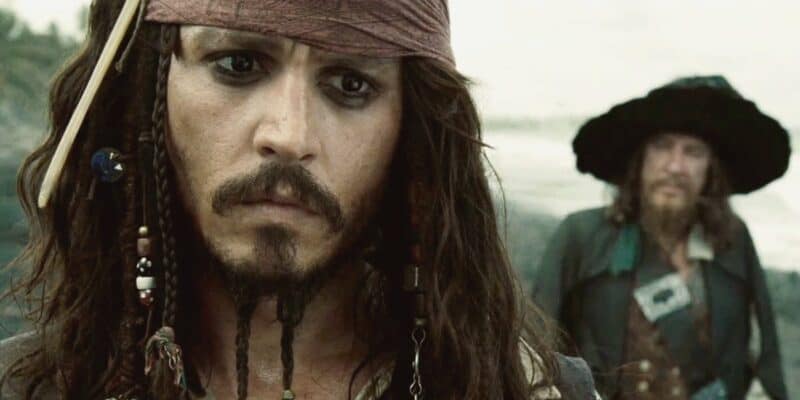 Johnny Depp’s Jack Sparrow will no longer be seen in any future Pirates of the Caribbean projects as Disney continues forward without the titular character.

Earlier this week, Jerry Bruckheimer confirmed that the reports were true and that Disney has completely replaced Depp with Margot Robbie. On top of this, Bruckheimer shared that two movies were in the works. With the Defamation trial currently happening between Depp and his ex-wife, Amber Heard, fans were outraged at the poor timing of Disney to announce these details.

Depp has already shared that Heard had ruined his chances of being the iconic Jack Sparrow once again as Disney has cut him off from the franchise and Warner Bros. was quick to do the same with Fantastic Beasts. Mads Mikkelsen already replaced Depp as Grindewald in the latest Fantastic Beasts movie leaving fans angry with the company for allowing Heard to keep her role as Mera in Aquaman: The Lost Kingdom (2023).

Related: Amber Heard Could Now Face Jail Time After She Was Caught Lying Under Oath

During the trial, it was confirmed that Heard’s role as Mera was substantially cut, but she still got to have a role in the movie, unlike Depp who was erased from the Wizarding World.

Sadly, Disney still has Jack Sparrow roaming the parks and making merchandise of the character, but the company refuses to have Depp return to the movies.

A new report from a Disney Insider suggests that this is only the beginning as Disney has a new Pirates series on the drawing board and is weighing its options on whether or not it should greenlight the new spinoff:

While both film projects remain in development, a fun piece of information I shared on The DisInsider Show during our “Rumor of the Week” segment, is that Disney has put a Pirates of the Caribbean Disney+ on the drawing board and are in very early development stages. At this time, I don’t have any further information on this project as it is still in the early stages. I would definitely expect further updates on the franchise this September at Disney’s D23 Expo.

Related: Disney Removed Pirates of the Caribbean Character From Ride After 2 Years

If Disney does go through with the Pirates series, it’s likely that the D23 Expo would be the first place fans will learn about the series, but it won’t include Jack Sparrow as Depp won’t be returning to the series.

Fans have pledged their support to the actor and stated they won’t watch the series or that it won’t be any good, but most likely, the show will get some views as fans will be curious to see what Disney is doing with the franchise.

Pirates of the Caribbean already have five films in the saga and some fans wish that Disney would leave it alone. After five years, it seems that the franchise will return even if fans want nothing to do with it. The Pirates films may bring back fan-favorite actors such as Orlando Bloom (William Turner), Keira Knightley (Elizabeth Swan), Geoffrey Rush (Captain Hector Barbosa), Jack Davenport (James Norrington), Kevin McNally (Joshamee Gibbs), Mackenzie Crook (Ragetti), Lee Arenberg (Pintel), and Naomie Harris (Tia Dalma).

Disney hasn’t confirmed if these next few projects will be after Pirates of the Caribbean: Dead Men Tell No Tales (2017), or if they will be in between some of the movies. There is a lot of freedom to have the movies happen anywhere on the timeline and perhaps Disney will try to create some space and not bring back any of the classic actors to avoid further hate from fans.

Do you think Disney will go through and make a Pirates Disney+ series? Would you watch it? Let us know what you think!