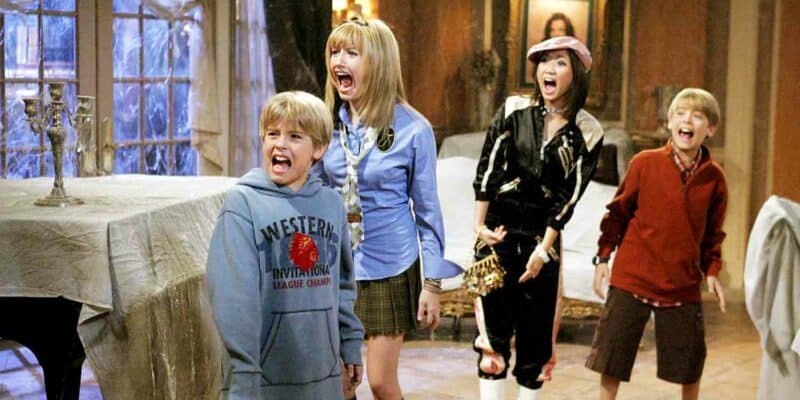 Dylan and Cole Sprouse began their acting careers when they were only eight months old, but the twin duo became household names at 13-years-old when they began starring in Disney Channel series The Suite Life of Zack and Cody in 2005.

The original series ended in 2008, but gave rise to a spinoff, The Suite Life on Deck, which ran until 2011.

Now, Cole Sprouse — who took a break from acting to pursue an archaeology degree from New York University (NYU) — has spoken out about his experience as a child star compared to his female costars.

Sprouse, who most recently played Jughead Jones in Riverdale from 2017 to 2022, told The New York Times:

“My brother and I used to get quite a bit of, ‘Oh, you made it out! Oh, you’re unscathed!’ No. The young women on the channel we were on [Disney Channel] were so heavily sexualized from such an earlier age than my brother and I that there’s absolutely no way that we could compare our experiences.”

Sprouse isn’t the first former Disney Channel star to share negative thoughts about the entertainment industry. Hannah Montana’s Miley Cyrus and ex-Disney darlings Demi Lovato and Selena Gomez have all shared that they sustained some form of psychological trauma from being thrust into the limelight at an early age.

Sprouse went on to echo these sentiments, telling The Times:

“Every single person going through that trauma has a unique experience. When we talk about child stars going nuts, what we’re not actually talking about is how fame is a trauma. So I’m violently defensive against people who mock some of the young women who were on the channel when I was younger because I don’t feel like it adequately comprehends the humanity of that experience and what it takes to recover.”

Cole Sprouse currently has one project, Undercover, in the works per IMDb. His brother, Dylan Sprouse, recently wrapped filming on My Fake Boyfriend and Beautiful Disaster.

More on The Suite Life of Zack and Cody

The official description of The Suite Life reads:

Twin brothers Zack and Cody get to live with their single mom in Boston’s swankiest hotel. The boys have a hard time staying out of trouble and enjoy treating the hotel like their own personal playground.

What do you think about Cole Sprouse’s comments?