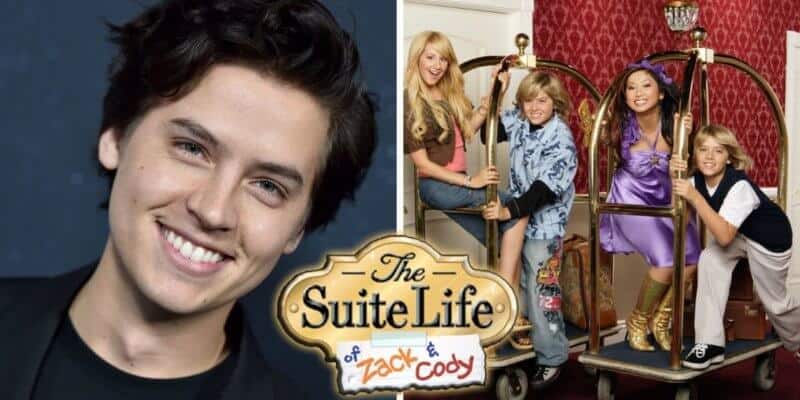 It’s been 15 years since The Suite Life of Zack and Cody aired on Disney Channel but that hasn’t stopped fans from hoping for a reboot. Well, thanks to Cole Sprouse’s recent interview with Jimmy Fallon on The Tonight Show, fans may now have a bit more insight on whether or not a reboot will actually happen.

If it were up to Cole himself, there won’t be a reboot. Cole spoke to Jimmy Fallon about the 15th anniversary of The Suite Life of Zack and Cody and he mentioned how he knows fans are ready for a reboot.

However, when Cole was asked if a reboot would happen, he responded with, “I’ve had the privilege of being a part of a lot of fun TV shows when I was younger that kind of became cult classics or fan favorites like Suite Life or Friends, and there’s always that question that pops up.”

Cole continued, “You know, there’s always that, ‘When are you going to go back?’ or ‘When are you going to renew it?’ But I don’t think it should be done if I’m being honest. I think it’s really incendiary. There’s a huge potential to kind of demolish that perfect little golden memory of a program if you go back and you revive it.”

“Look, I’m not the biggest fan of the sequel and the spin-off thing. I think also if enough time elapses, everyone who comes back to a program like that doesn’t… they’re not really in the same headspace, so they’re trying to capture the same feeling that it was in at least my childhood. That sort of strange age of sitcom when we were four-camera, live audience and filming in Hollywood. I don’t know how it would feel. I think it would be enjoyable to find a way to do it that has a lot of respect and captures the feeling that people are actually desiring from that. But I don’t know, I think it can be quite incendiary,” Cole said.

You can watch the full Cole Sprouse interview on The Tonight Show Starring Jimmy Fallon here:

More Information on The Suite Life of Zack and Cody

If you are unfamiliar with the popular Disney Channel series, it aired from March 18, 2005, to September 1, 2008 and starred the twins — Cole and Dylan Sprouse — alongside Ashley Tisdale, Brenda Song, and others. The official description reads:

Life is sweet — or at least suite — for identical teenage twins Zack and Cody Martin after their mom, Carey, lands a job headlining at the five-star Tipton Hotel in Boston, which comes with an upper-floor suite. From that new roost, the twins turn the hotel into their playground, although the pranks are usually instigated by girl-obsessed Zack, not the more mature and intellectual Cody. When her schedule permits, the boys are “handled” by Maddie Fitzpatrick, the teenage candy-counter girl who also is the somewhat unlikely best friend of spoiled London Tipton, the daughter of the hotel’s owner.

What do you think of a The Suite Life of Zack and Cody reboot? Let us know in the comments below.