Despite Getting Screamed at By Guest, Disney CM Creates Magical Moment - Inside the Magic 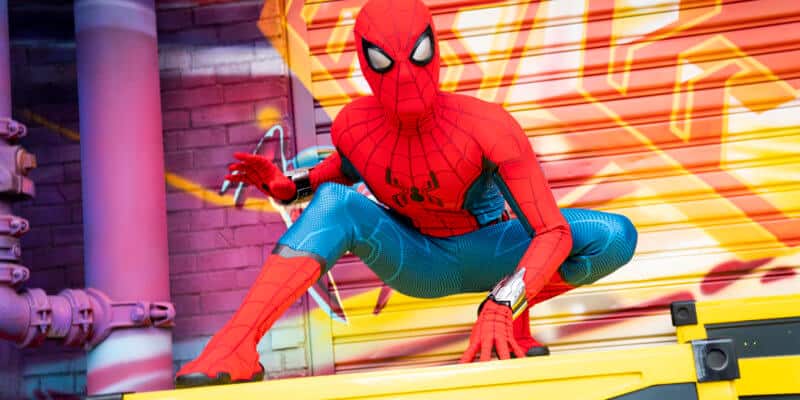 Disney Cast Member, Ryan Kelly, works at Princess Storybook Dining. During on shift, he was apparently scolded by a Guest for not speaking Spanish. Despite being yelled at, Kelly decided to take this unfortunate incident and turn it around into a magical, heartwarming story.

In a video posted to TikTok, Disney Cast Member, Kelly, explained how the situation unfolded. He began:

“One day, I’m at Princess Dining. Then a woman comes up to me. She starts speaking a language that I don’t understand — which, spoiler alert, is all but one language — and then she starts yelling at me for not speaking Spanish. That’s the only thing that I can make out about this language.”

Kelly decided to call over his friend from El Salvador to translate what the Guest was trying to say since he could not understand what they were trying to say. He explained in the video:

“But I can tell right out the gate that he’s pretty confused. And then, after they’re done having their conversation, I go, ‘What was she saying?’ And he goes, ‘Well, she was mad at you for not speaking Spanish.’”

Kelly’s friend ended up realizing the Guest was speaking Portuguese and not Spanish, which, in turn means that Kelly was actually being yelled at in Portuguese for his inability to speak Spanish.

The situation ended, for now, and Kelly got ready for his next shift where he had to dress as Spider-Man to take photos with Guests. Before leaving for his shift, he decided to take it upon himself to learn some phrases and words in Portuguese in case an incident like this ever happened again.

When he went to take his position, he realized that the woman who had yelled at him was first in line for a photo, but because he was dressed as Spider-Man, there would be no way the Guest could recognize him.

“The woman who just yelled at me in Portuguese is [at the] front of my line,” he said in the video. “And then she goes and gets her 4-year-old son, who’s just so excited to meet Spider-Man.”

The woman, who originally yelled at Kelly, walked up to Spider-Man with her son, who was noticeably nervous. She explained, in Spanish, that her son didn’t speak English.

“I realized in that moment why he’s nervous is because he doesn’t speak English, and he doesn’t know how to talk to Spider-Man,” Kelly said in the video. “And I know exactly what that just felt like. So I go, ‘no problem.’ And I drop down to one knee, and I go, ‘boa tarde, tudo bem,’ and he lights up because Spider-Man speaks what he speaks.”

Kelly continued to explain in the video that he proceeded to tell the boy, “good afternoon,” and “it’s all right.”  The 4-year-old boy ended up responding in Portuguese, and, unfortunately, Kelly did not know what he said, but that didn’t take it away from being one of the happiest encounters the Cast Member ever had.

We love seeing Disney Cast Members turn unfortunate incidents into magical moments! Thank you, Ryan, for doing what you do!

Do you have a sweet Disney Cast Member story? Tell us about it in the comments below.

Comments Off on Despite Getting Screamed at By Guest, Disney CM Creates Magical Moment