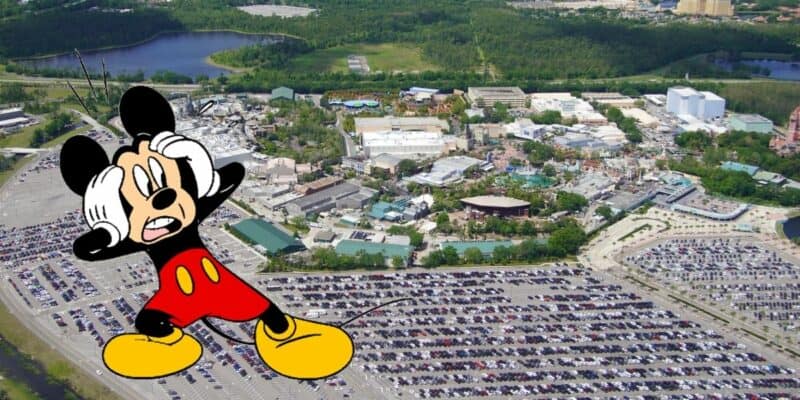 We have been reporting on spring break crowd levels at the Walt Disney World theme parks — Magic Kingdom, EPCOT, Disney’s Hollywood Studios, and Disney’s Animal Kingdom. And as we approach summertime, we expect those crowd levels to continue.

In new aerial photos shared to social media by bioreconstruct, we can see just how crowded the Disney Parks currently are.

Biorecontruct shared images to Twitter flying over the parking lot at Disney’s Hollywood Studios. They write:

In the image above, you can see that a majority of Disney’s Hollywood Studios is packed in with cars; however, there are still some open spaces, especially in the bottom left parking lot. This makes sense as Disney has confirmed that they are not currently operating at full capacity, and they might never again as they are “managing things differently now”.

Keep in mind that when Walt Disney World and Disneyland reopened to Guests after temporarily closing due to the ongoing pandemic, the theme parks implemented a new reservation system to help monitor Park capacity called the Park Pass system.

Now, in order to enter a theme park — including Magic Kingdom, EPCOT, Disney’s Hollywood Studios, or Disney’s Animal Kingdom — at Walt Disney World or Disneyland Park and Disney California Adventure at Disneyland, Guests must not only have valid Park admission, but a valid Park Pass reservation.

And in 2020, Chairman of Parks, Experiences and Products Josh D’Amaro indicated that the newly implemented Park Pass system is a “new normal” that isn’t going away anytime soon, if ever, so Guests should get accustomed to utilizing the Disney Park Pass system if they are planning a trip to Walt Disney World.

Have you visited Walt Disney World recently? Let us know your thoughts on the current crowd levels in the comments below.