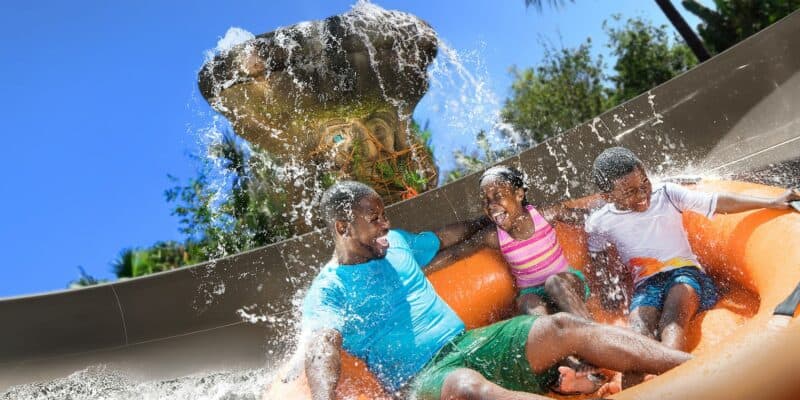 Guests may want to plan a trip to Disney Springs tomorrow as one of Walt Disney World’s popular water parks, Disney’s Typhoon Lagoon Water Park, will be shutting down tomorrow, Sunday, February 13.

Since its grand, much-anticipated reopening at the Walt Disney World Resort, Disney Park, Typhoon Lagoon, has been hit with many multi-day closures due to the unexpected cold front seen in Orlando and the surrounding areas in recent weeks. Now, in the latest in a line of cold weather-related shutdowns, we can ascertain from the Walt Disney World website that “No Times Are Available” for tomorrow, Sunday 13 February. At the time of publishing, Typhoon Lagoon is set to reopen at 10 a.m. on Monday 14 February. Happy Valentine’s Day!

Related: Multiple Disney Attractions and Offerings Will Be Unavailable Next Month

As for the Disney Resort’s other water park, Disney’s Blizzard Beach Water Park, that too will be closed but for an altogether different reason. Upon Typhoon Lagoon’s exciting reopening in the New Year, Blizzard Beach shuttered to make way for refurbishments. Maybe soon, both of the Disney water parks will be open together.

It is not unusual for water parks to close especially in a tropical climate like Florida, and not just at Walt Disney World either, Universal’s Volcano Bay at Universal Orlando Resort has also been victim to the state’s inclement weather in recent weeks. But, as Disney reminds us about their water parks:

The new FastPass+ replacement system sees Guests able to purchase a speedier entrance onto attractions like Space Mountain at Magic Kingdom and  Star Wars: Rise of the Resistance at Disney’s Hollywood Studios.

Would you be disappointed if Walt Disney World suddenly closed a Park? Let us know in the comments down below!