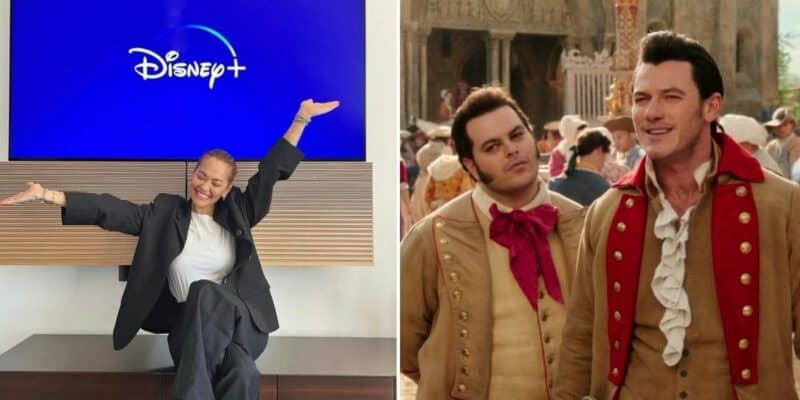 Despite being a tale as old as time, Beauty and the Beast (1991) continues to be one of Disney’s most lucrative properties. While it took 26 years for them to give us a live-action remake of the beloved 1991 animated classic, it has long been one of the most popular Disney fairytales.

Now, we have the Beauty and the Beast prequel series to look forward to, officially titled Little Town. The show will reunite us with many characters we know and love from the live-action remake (and love to hate — we’re looking at you, Gaston) while introducing us to new ones.

And just when you thought Beauty and the Beast couldn’t be any more musical, UK pop star Rita Ora has recently been confirmed to star in the upcoming prequel series which is heading to Disney+ later this year or some time in 2023.

Rita Ora, who is currently dating Thor: Ragnarok (2017) director, Taika Waititi, has stormed the UK charts over the years, with hits such as “How We Do” and “Your Song”. Now, Deadline has reported that the singer has been cast in the upcoming Disney+ show. They said:

Ora, who is best known for pop hits such as Your Song and Anywhere, will play a fugitive with surprising abilities who carries with her a secret that could potentially affect an entire kingdom in the eight-episode limited musical series.

I can’t keep the secret any longer! I’m beyond excited to be joining the cast of the Beauty and the Beast prequel series! As a child, I remember watching Beauty and the Beast with my family over and over and immediately falling in love with the music and characters. Never in my wildest dreams could I have imagined joining this fairytale world.

To everyone that helped make this happen, I am forever grateful. Thank you to Disney+, my CAA squad – Dan, Joella, and Tracy – Shari, and my management family. Lately I just feel like all my dreams are coming true! Life is feeling like a Disney movie!

The show will be set before the live-action Beauty and the Beast remake (2017), which was a box office beast, grossing over $1.2 billion worldwide. The film stars Emma Watson (Belle) and Dan Stevens (Beast) as the titular protagonists.

It’s not known whether the two actors will make some sort of appearance in the show, but we do know that Rita Ora will be joining Luke Evans and Josh Gad, who will be reprising their roles as Gaston and LeFou, respectively, as well as Briana Middleton (Tilly), Fra Fee (Prince Benoit Berlioz), and Jelani Alladin (Jean Michel).

For further context, here’s the official synopsis for the Beauty and the Beast prequel series:

Related: Alan Menken Will Write Music for “Beauty and the Beast” Prequel on Disney+

Related: Josh Gad Can’t Wait to “Get Back Into the Tavern” With Luke Evans

So it doesn’t seem like Belle and Beast are involved in the show, as it sounds like it will explore things that “were never there before”, focusing, it seems, on Gaston and LeFou, and LeFou’s sister Tilly (Briana Middleton), who is new to the Beauty and the Beast universe. But given the success of the live-action remake, we don’t think Emma Watson would turn down a cameo or two!

As for Rita Ora, this isn’t her first acting rodeo — the popstar has appeared in Pokémon Detective Pikachu (2019) and the Fifty Shades of Grey trilogy (2015 — 2018). In the new Beauty and the Beast series, and as the casting announcement notes, Ora will be playing a “fugitive with surprising abilities who carries with her a secret that could potentially affect an entire kingdom in the eight-episode limited musical series”.

It’s possible that Ora will be playing the Enchantress, who is the person responsible for cursing Prince Adam and transforming him into the Beast, and all of his servants into animated inanimate objects, which, in turn, affects the entire nearby village. Gad even commented on Ora’s Instagram post, saying that she is going to “destroy this role”. The Enchantress is likely to appear too, as an earlier announcement from Disney Branded Television President, Gary Marsh, stated:

While the Enchantress doesn’t feature all that much in either one of the theatrical films, the prequel will likely explore previously-underused characters to create an all-new story and expand the Beauty and the Beast universe in ways never before seen. This has become a popular trend for many franchises. A fan theory even suggests that Beauty and the Beast shares the same universe as The Little Mermaid (1989).

And while Ora didn’t use her vocal talents in the likes of Pokémon Detective Pikachu or the Fifty Shades movies, it’s possible that she will be putting them to the test in the Beauty and the Beast prequel series, which takes place in a world where singing is as normal as conversation and has been confirmed to continue the musical tradition. Ora’s role is set to be a game-changer for the world of Beauty and the Beast, and only time will tell just how much her character will inform the future of Belle and Beast’s life.

Production for the show begins in spring 2022. Last year, actor Josh Gad addressed LeFou’s sexuality in the upcoming show. In December, Gad also shared a picture to his Instagram account, which featured Luke Evans, Dan Stevens, and James Corden (however, Stevens and Corden aren’t expected to appear in the show!).

Who do you think Rita Ora will play in the upcoming Beauty and the Beast prequel series?