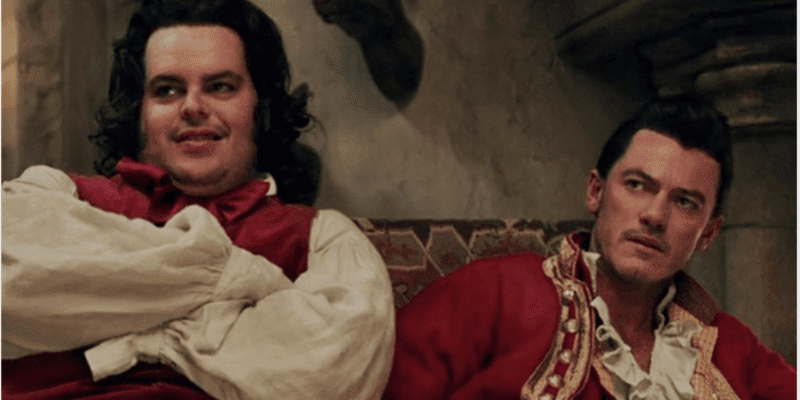 The online rumor mill is going wild thanks to a new report that upcoming Beauty and the Beast prequel series, The Little Town, will be introducing viewers to a new female character named Tilly. The series will star Luke Evans (Dracula: Untold, Fast & Furious 6) reprising his role of the villainous Gaston from the 2017 live-action adaptation of the classic Walt Disney Animation Studios movie.

The rumor first appeared on The Illuminerdi and was then reshared by DisInsider. Tilly’s description is reported as:

The Beauty and the Beast prequel series has a casting call out for a character named Tilly, who is a young Black woman portrayed at about 19 years old. The new character is intended to be a series regular, she is said to have great poise, an adventurous streak, and some mischief in her eyes as she tries to “write her own story.” The role also requires singing.

Other than that little piece of reporting, nothing else is really known about this new character. However, she does sound a lot like the woman in iconic yellow dress who falls in love with the Beast.

It is important to note that Disney has not confirmed this new character at the time of this article’s publication.

The Beauty and the Beast live-action prequel was first announced by Variety in March 2020. Variety reported on the “untitled project”, which we now know will be called The Little Town:

Evans will star as Gaston with Gad returning as LeFou. The untitled project, which is currently in early development, would be a musical like the film with Eddy Kitsis and Adam Horowitz set to co-write and serve as showrunners. Gad would also serve as co-writer on the project, with he, Horowitz, and Kitsis also executive producing. ABC Signature Studios, where Horowitz and Kitsis are under an overall deal, would produce.

Kitsis and Horowitz may be best known to Disney fans for their creation of the hit ABC series Once Upon A Time that dove into the world of fairy tales and took place in the fictional town of Storybrooke, Maine. The series premiered on ABC in 2011 and ran for seven seasons. Once Upon A Time starred Jennifer Morrison, Lana Parilla, Ginnifer Goodwin, and Josh Dallas.

The live-action Beauty and the Beast prequel will follow Gaston and LeFou on their adventures and life before the movie we all know and love. Gaston will be the main character of the series. Disney Legend Alan Menken, who scored both the 1991 animated film and the 2017 live-action remake, will return to score the series.

In May 2020, Josh Gad took to Twitter to give fans a sneak peek at a project that he and Menken were working on and to tell fans how excited he was. Gad tweeted:

There is no official word on when The Little Town will start filming or when it will premiere on Disney+.

Are you excited about The Little Town coming to Disney+? Let us know in the comments.

Comments Off on ‘Beauty and the Beast’ Prequel Reportedly Featuring New Character!