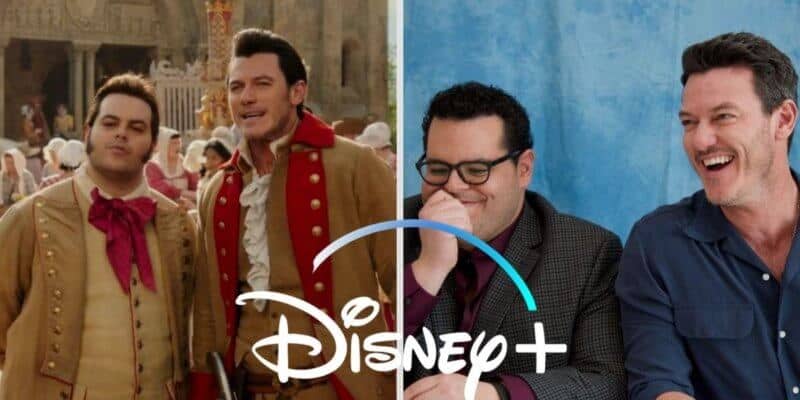 We have more news to share about the highly anticipated Disney’s Beauty and the Beast prequel!

The 2017 film starred Emma Watson as Belle, Dan Stevens as Beast, Luke Evans as Gaston, Josh Gad as LeFou and Ewan McGregor as Lumiere, but this prequel won’t focus on most of this cast. In fact, it will focus on Gaston’s backstory specifically. It has been confirmed that Gad and Evans will both be reprising their roles as LeFou and Gaston.

But thanks to a recent interview with Variety, Alan Menken, who has been confirmed to write the music for the upcoming prequel, accidentally slipped the name of the upcoming Beauty and the Beast prequel series: The Little Town.

When Menken was asked about what new projects he was working on, he answered:

I’m excited about the projects I’m doing. I’m working on ‘Disenchanted’ and a new ‘Beauty and the Beast’ prequel, ‘The Little Town.’ I’ve also been working on the new animated picture ‘Spellbound’ with John Lasseter.  And I’m doing a bunch of Broadway shows.

The Little Town is a nod to the lyric from the opening song “Belle” in both the animated classic and the live-action films. Howard Ashman wrote the song and Disney+ is actually releasing a documentary titled Howard focusing on the lyricist next week.

More on the upcoming live-action Beauty and the Beast prequel

As we mentioned, the upcoming Disney+ prequel series will follow the storyline of Disney’s live-action Beauty and the Beast remake which was released in 2017. Both Gad and Evans will both be reprising their roles as LeFou and Gaston while Watson is expected to make special appearances throughout the series.

The upcoming prequel will be a musical series written by showrunners Eddy Kitsis and Adam Horowitz. Josh Gad will also be a co-writer and an executive producer.

The exciting part is that this is not the first time Kitsis, Horowitz, and Gad have teamed up to create a Disney+ show together. In fact, they already worked together on the scripted Muppets series, which just recently hit Disney+, titled Muppets Now. You may also know Kitsis and Horowitz as they were the two of the writers behind ABC’s popular Once Upon a Time series.

Are you excited for the upcoming Disney+ Beauty and the Beast prequel? Let us know in the comments below.